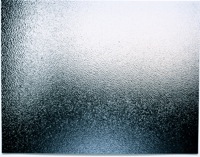 Aether (also Æthere, Greek: Αἰθήρ), in Greek mythology, is one of the Protogenoi, the first-born elemental gods. He is the personification of the upper sky, space, and heaven, and is the elemental god of the "Bright, Glowing, Upper Air." He is the pure upper air that the gods breathe, as opposed to the normal air (Ἀήρ, aer) mortals breathe.

In Hesiod's Theogony, he was the son of Erebus and Nyx and brother of Hemera. Both were noted in passing in Cicero's De Natura deorum, but Hyginus mentioned Chaos as his parent. The aether was also known as Zeus' defensive wall, the bound that locked Tartarus from the rest of the cosmos.

Aether had several offspring, but Hyginus seems to confuse him with Uranus when saying that Aether had Uranus by Gaia, his daughter. Aergia, a goddess of sloth and laziness, is the daughter of Aether and Gaia. Hyginus is also our source for telling us that Aether is the father of Uranus and Gaia. But another source tells us that it is just Uranus who is his child. And like Tartaros and Erebos, in Hellas he might have had shrines but no temples and probably no cult either. In the Orphic hymns, he is mentioned as the soul of the world from which all life emanates. Callimachus, in calling Uranus Akmonides, claims him as the son of Akmon, and Eustathius in Alcman tells us that the sons of Uranus were called Akmonidai.[1]

AETHER, or Ether (Gr. aither, probably from aitho, I burn, though Plato in his Cratylus (410 B) derives the name from its perpetual motion-6n del aei thei peri ton aera reon, / aeitheer) dikaios an kaloito), a material substance of a more subtle kind than visible bodies, supposed to exist in those parts of space which are apparently empty.

" The hypothesis of an aether has been maintained by different speculators for very different reasons. To those who maintained the existence of a plenum as a philosophical principle, nature's abhorrence of a vacuum was a sufficient reason for imagining an all-surrounding aether, even though every other argument should be against it. To Descartes, who made extension the sole essential property of matter, and matter a necessary condition of extension, the bare existence of bodies apparently at a distance was a proof of the existence of a continuous medium between them. But besides these high metaphysical necessities for a medium, there were more mundane uses to be fulfilled by aethers. Aethers were invented for the planets to swim in, to constitute electric atmospheres and magnetic effluvia, to convey sensations from one part of our bodies to another, and so on, till all space had been filled three or four times over with aethers. It is only when we remember the extensive and mischievous influence on science which hypotheses about aethers used formerly to exercise, that we can appreciate the horror of aethers which sober-minded men had during the 18th century, and which, probably as a sort of hereditary prejudice, descended even to John Stuart Mill. The disciples of Newton maintained that in the fact of the mutual gravitation of the heavenly bodies, according to Newton's law, they had a complete quantitative account of their motions; and they endeavoured to follow out the path which Newton had opened up by investigating and measuring the attractions and repulsions of electrified and magnetic bodies, and the cohesive forces in the interior of bodies, without attempting to account for these forces. Newton himself, however, endeavoured to account for gravitation by differences of pressure in an aether; but he did not publish his theory, ` because he was not able from experiment and observation to give a satisfactory account of this medium, and the manner of its operation in producing the chief phenomena of nature.' On the other hand, those who imagined aethers in order to explain phenomena could not specify the nature of the motion of these media, and could not prove that the media, as imagined by them, would produce the effects they were meant to explain. The only aether which has survived is that which was invented by Huygens to explain the propagation of light. The evidence for the existence of the luminiferous aether has accumulated as additional phenomena of light and other radiations have been discovered; and the properties of this medium, as deduced from the phenomena of light, have been found to be precisely those required to explain electromagnetic phenomena." This description, quoted from James Clerk Maxwell's article in the 9th edition of the Encyclopaedia Britannica, represents the historical position of the subject up till about 1860, when Maxwell began those constructive speculations in electrical theory, based on the influence of the physical views of Faraday and Lord Kelvin, which have in their subsequent development largely transformed theoretical physics into the science of the aether.[2]