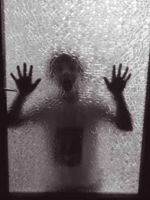 Middle English, from Latin excludere, from ex- + claudere to close

b : to bar from participation, consideration, or inclusion

Expulsion, exclusion, withdrawing, or permanent exclusion refers to the removal/banning of a student from a school system or university for an extensive period amount of time due to a student persistently violating that institution's rules, or for a single offence of appropriate severity in extreme cases. Laws and procedures regarding expulsion vary between countries and states.[1]

Rustication is a term used at Oxford, Cambridge and Durham Universities to mean being sent down or expelled temporarily, or, in more recent times, to leave temporarily for welfare and/or health reasons. The term derives from the Latin word rus, countryside, to indicate that a student has been sent back to their family in the country, or from medieval Latin rustici, meaning "heathens or barbarians" (missus in rusticos, "sent among ..."). Depending on the conditions given, a student who has been rusticated may not be allowed to enter any of the university buildings, or even travel to within a certain distance of them.

The term is used in British public schools (private schools), and was used in the United States during the 19th century, though it has been superseded by the term "suspension".[2]