From Nordan Symposia
(Redirected from Genres)
Jump to navigationJump to search 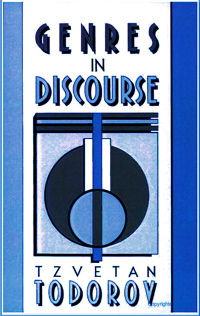 A genre ʒã:rə, French: "kind" or "sort" is a loose set of criteria for a category of literary composition; the term is also used for any other form of art or utterance.

In all art forms, genres are vague categories with no fixed boundaries. Genres are formed by sets of conventions, and many works cross into multiple genres by way of borrowing and recombining these conventions. The scope of the word "genre" is usually confined to art and culture, particularly literature. In genre studies the concept of genre is not compared to originality. Rather, all works are recognized as either reflecting on or participating in the conventions of genre.

Genres are often divided into subgenres. Literature, for example, is divided into three basic kinds of literature, classic genres of Ancient Greece, poetry, drama, and prose. Poetry may then be subdivided into epic, lyric, and dramatic. Subdivisions of drama includes foremost comedy and tragedy, while eg. comedy itself has subgenres, including farce, comedy of manners, burlesque, satire, and so on. However, any of these terms would be called "genre", and its possible more general terms implied.

Hybrid forms of different terms have been used, like a prose poem or a tragicomedy. Science fiction has many recognized subgenres; a science fiction story may be rooted in real scientific expectations as they are understood at the time of writing (see Hard science fiction). A more general term, coined by Robert A. Heinlein, is "speculative fiction," an umbrella term covering all such genres that depict alternate realities. Even fiction that depicts innovations ruled out by current scientific theory, such as stories about or based on faster-than-light travel, are still science fiction, because science is a main subject in the piece of art.

Although genres are not precisely definable, genre considerations are one of the most important factors in determining what a person will see or read. Many genres have built-in audiences and corresponding publications that support them, such as magazines and websites. Books and movies that are difficult to categorize into a genre are likely to be less successful commercially.

The term may be used in categorising web pages, like "newspage" and "fanpage", with both very different layout, audience, and intention. Some search engines like Vivísimo try to group found web pages into automated categories in an attempt to show various genres the search hits might fit.

"Hierarchy of Genres" in painting

In the field of painting, there exists a "hierarchy of genres" associated with the Académie française which once held a central role in academic art. These genres in hierarchical order are:

These categories played an important role between the 17th century and the modern era, when painters and critics began to rebel against the many rules of the Académie française, including the Académie's preference for history painting.

In philosophers of language, figuring very prominently in the works of philosopher and literary scholar Mikhail Bakhtin. Bakhtin's basic observations were of "speech genres" (the idea of heteroglossia), modes of speaking or writing that people learn to mimic, weave together, and manipulate (such as "formal letter" and "grocery list", or "university lecture" and "personal anecdote"). The work of Georg Lukács also touches on the nature of literary genres, appearing separately but around the same time (1920s–1930s) as Bakhtin.