From Nordan Symposia
(Redirected from Heals)
Jump to navigationJump to search 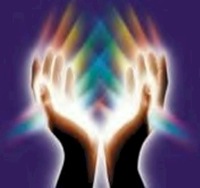 Healing, assessed physically, is the process by which the cells in the body regenerate and repair to reduce the size of a damaged or necrotic area. Healing incorporates both the removal of necrotic tissue (demolition), and the replacement of this tissue.

The replacement can happen in two ways:

Most organs will heal using a mixture of both mechanisms.

Healing, assessed spiritually, emotionally, mentally or otherwise, is a process which involves more than just the action of cells. According to the Bible, Abraham, the father of Judaism, Islam and Christianity, healed a man named Abimelech, his wives and his maidservants throught prayer. The words heal, healed, and healing occur 132 times in the King James Version (KJV) of the Holy Bible. The Qur'an and the Torah also refer to the power of God to heal, as do the scriptures of other faith traditions. There are also non-believers who hold that healing is the result or more than just the action of cells on their own, and may be the result of thought, energy, etc. Those who believe in healing through more than purely physical means don't generally use the term faith healing in reference to the practice, but some information about it's advantages and criticisms may be found at the link below.

For lessons on the topic of Healing, follow this link.

In order for an injury to be healed by regeneration, the cell type that was destroyed must be able to replicate. Most cells have this ability, although it is believed that cardiac muscle cells and neurons are two important exceptions.

Cells also need a collagen framework along which to grow. Alongside most cells there is either a basement membrane or a collagenous network made by fibroblasts that will guide the cells' growth. Since ischaemia and most toxins do not destroy collagen, it will continue to exist even when the cells around it are dead.

Acute tubular necrosis (ATN) in the kidney is a case in which cells heal completely by regeneration. ATN occurs when the epithelial cells that line the kidney are destroyed by either a lack of oxygen (such as in hypovolemic shock, when blood supply to the kidneys is dramatically reduced), or by toxins (such as some antibiotics, heavy metals or carbon tetrachloride).

Although many of these epithelial cells are dead, there is typically patchy necrosis, meaning that there are patches of epithelial cells still alive. In addition, the collagen framework of the tubules remains completely intact.

The existing epithelial cells can replicate, and, using the basement membrane as a guide, eventually bring the kidney back to normal. After regeneration is complete, the damage is undetectable, even microscopically.

Healing must happen by repair in the case of injury to cells that are unable to regenerate (e.g. cardiac muscle or neurons). Also, damage to the collagen network (e.g. by enzymes or physical destruction), or its total collapse (as can happen in an infarct) cause healing to take place by repair.

Soon after injury, a wound healing cascade is unleashed. This [[biochemical cascade is usually said to take place in three phases: the inflammatory, proliferative, and maturation stages.

In the inflammatory phase, macrophages and other phagocytic cells kill bacteria, debride damaged tissue and release chemical factors such as growth hormones that encourage fibroblasts epithelial cells and endothelial cells which make new capillaries to migrate to the area and divide.

In the proliferative phase, immature granulation tissue containing plump active fibroblasts forms. Fibroblasts quickly produce abundant type III collagen, which fills the defect left by an open wound. Granulation tissue moves, as a wave, from the border of the injury towards the center.

As granulation tissue matures, the fibroblasts produce less collagen and become more spindly in appearance. They begin to produce the much stronger type I collagen. Some of the fibroblasts mature into myofibroblasts which contain the same type of actin found in smooth muscle, which enables them to contract and reduce the size of the wound.

During the maturation phase of wound healing, unnecessary vessels formed in granulation tissue are removed by apoptosis, and type III collagen is largely replaced by type I. Collagen which was originally disorganized is cross-linked and aligned along tension lines. This phase can last a year or longer. Ultimately a scar made of collagen, containing a small number of fibroblasts is left.

The process of healing a common incision involves an orchestrated sequence of events in standardized time, beginning with a clot at 0 hours, neutrophil invasion at 3 to 24 hours, and mitoses in epithelial bases at 24 to 48 hours. After this point, healing follows the previously mentioned procedure.

A distinction can be drawn between the "classical vitalism" and a "modern vitalism" that can be accommodated by conventional biomedical science and the body's ability to heal itself. This modern vitalism is best described by the phrase vis medicatrix naturae – the healing power of nature. Nature, or more specifically, the body's natural healing mechanisms, is the principal mechanism by which any healing process occurs. Without these natural mechanisms (our immune system, our wound healing capacity, and countless other regulatory and corrective systems), life itself is barely possible. Some healing practices have taken to naming these natural mechanisms. Chiropractic often uses the term innate intelligence to describe the body's inborn ability to heal itself.available online

In a number of fantasy and role-playing games, the term 'healing' is used to describe the replenishment of a character's Hit Points, or HP for short. Healing is usually associated with 'white magic' in which 'white mages' use pure energy to heal a character by casting 'cure' spells to give HP back. A HP bar normally represents how much health a character has in a certain game and how much damage he/she/it can absorb before succumbing to faint/knockout/death etc. In games where damage and healing are numerically displayed, HP restored is usually show in green numbers.

Other forms of healing in games exist, and the aforementioned example seems to apply only to a specific genre. Health packs, or First Aid packs are used more generally in games to heal characters. Health packs can come in many different forms- syringes, icons or briefcases. Games differ in the way in which health is added to the character: some games require only the character to walk over a health icon to heal; other games require the character to physically administer the health pack contents to themselves (this is usually achieved by choosing a health pack from an inventory and selecting it).

Many features of human life afford abundant evidence that the phenomenon of mortal existence was intelligently planned, that organic evolution is not a mere cosmic accident. When a living cell is injured, it possesses the ability to elaborate certain chemical substances which are empowered so to stimulate and activate the neighboring normal cells that they immediately begin the secretion of certain substances which facilitate healing processes in the wound; and at the same time these normal and uninjured cells begin to proliferate--they actually start to work creating new cells to replace any fellow cells which may have been destroyed by the accident. This chemical action and reaction concerned in wound healing and cell reproduction represents the choice of the Life Carriers of a formula embracing over one hundred thousand phases and features of possible chemical reactions and biologic repercussions. More than half a million specific experiments were made by the Life Carriers in their laboratories before they finally settled upon this formula for the Urantia life experiment. When Urantia scientists know more of these healing chemicals, they will become more efficient in the treatment of injuries, and indirectly they will know more about controlling certain serious diseases.[1]