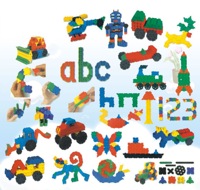 A kindergarten (literally "children's garden") is a preschool educational institution for children. The term was created by Friedrich Fröbel for the play and activity institute that he created in 1837 in Bad Blankenburg as a social experience for children for their transition from home to school. His goal was that children should be taken care of and nourished in "children's gardens" like plants in a garden.

The term kindergarten is used around the world to describe a variety of different institutions that have been developed for children ranging from the ages of two to seven, depending on the country concerned. Many of the activities developed by Fröbel are also used around the world under other names. Singing and growing plants have become an integral part of lifelong learning. Playing, activities, experience, and social interaction are now widely accepted as essential aspects of developing skills and knowledge.

In most countries, kindergartens are part of the preschool system of early childhood education.

In the United States and anglophone Canada, as well as in parts of Australia, such as New South Wales, Tasmania and the Australian Capital Territory, kindergarten is the word often restricted in use to describe the first year of education in a primary or elementary school. In some of these countries, it is compulsory; that is, parents must send children to their kindergarten year (generally, at age five by September 1 of the present school year).

In the United States, many states widely offer a free kindergarten year to children of five to six years of age, but do not make it compulsory, while other states require all five-year-olds to enroll. The terms preschool or less often, "Pre-K", (formerly, nursery school) are used to refer to a school for children who are not old enough to attend kindergarten. Also, some U.S. school districts provide a half day or full day kindergarten at the parents' election.

In British English, nursery or playgroup is the usual term for preschool education, and kindergarten is rarely used, except in the context of special approaches to education, such as Steiner-Waldorf education (the educational philosophy of which was founded by Rudolf Steiner).[1]