From Nordan Symposia
(Redirected from Lonely)
Jump to navigationJump to search 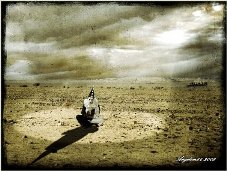 Aphetic - alone adj. and adv. Compare a lone written for al one in the MSS. of R. Brunne Handl. Synne

b : cut off from others : solitary

For lessons on the topic of Loneliness, follow this link.

Loneliness is an unpleasant feeling in which a person experiences a strong sense of emptiness and solitude resulting from inadequate levels of social relationships. However, it is a subjective experience. Loneliness has also been described as social pain - a psychological mechanism meant to alert an individual of undesired isolation and motivate her/him to seek social connections.

People can experience loneliness for many reasons and many life events are associated with it, like the lack of friendship relations during childhood and adolescence, or the physical absence of meaningful people around a person are a few causes for loneliness. At the same time, loneliness may be a symptom of another social or psychological problem, such as chronic depression.

Many people experience loneliness for the first time when they are left alone as infants. It is also a very common, though normally temporary, consequence of a breakup, divorce, or loss of any important long-term relationship. In these cases, it may stem both from the loss of a specific person and from the withdrawal from social circles caused by the event or the associated sadness.

The loss of a significant person in one's life will typically initiate a grief response; in this situation, one might feel lonely, even while in the company of others. Loneliness may also occur after the birth of a child (often expressed in postpartum depression), after marriage, or following any other socially disruptive event, such as moving from one's home town into an unfamiliar community leading to homesickness. Loneliness can occur within unstable marriages or other close relationships in a similar nature, in which feelings present may include anger or resentment, or in which the feeling of love cannot be given or received. Loneliness may represent a dysfunction of communication, and can also result from places with low population densities in which there are comparatively few people to interact with. Loneliness can also be seen as a social phenomenon, capable of spreading like a disease. Learning to cope with changes in life patterns is essential in overcoming loneliness.

A twin study found evidence that genetics account for approximately half of the measurable differences in loneliness among adults, which was similar to the heritability estimates found previously in children. These genes operate in a similar manner in males and females. The study found no common environmental contributions to adult loneliness.

Enforced loneliness, or solitary confinement, has been a punishment method throughout history. [1]