From Nordan Symposia
(Redirected from Martyrdom)
Jump to navigationJump to search 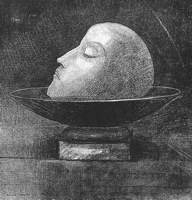 In its original meaning, the word martyr, meaning witness, was used in the secular sphere as well as in the New Testament of the Bible.[1] The process of bearing witness was not intended to lead to the death of the witness, although it is known from ancient writers (e.g. Josephus) and from the New Testament that witnesses often died for their testimonies.

During the early Christian centuries, the term acquired the extended meaning of a believer who is called to witness for their religious belief, and on account of this witness, endures suffering and/or death. The term, in this later sense, entered the English language as a loanword. The death of a martyr or the value attributed to it is called martyrdom. [edit]

A martyr (Greek: μάρτυς, mártys, "witness"; stem μάρτυρ-, mártyr-) is somebody who suffers persecution and death for refusing to renounce a belief or cause, often religious.