From Nordan Symposia
(Redirected from Murderous)
Jump to navigationJump to search 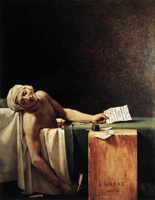 One of the oldest known prohibitions against murder appears in the Sumerian Code of Ur-Nammu written sometime between 2100 and 2050 BC. The code states, "If a man commits a murder, that man must be killed." The payment of weregild was an important legal mechanism in early Germanic society; the other common form of legal reparation at this time was blood revenge. If someone was killed, the guilty person would have to pay weregild to the victim's family.

For lessons on the topic of Murder, follow this link.

In Abrahamic religions, the prohibition against murder is one of the Ten Commandments given by God to Moses in (Exodus: 20v13) and (Deuteronomy 5v17). The Vulgate and subsequent early English translations of the Bible used the term secretly killeth his neighbour or smiteth his neighbour secretly rather than murder for the Latin clam percusserit proximum.

Later editions such as Young's Literal Translation and the World English Bible have translated the Latin occides simply as murder rather than the alternatives of kill, assassinate, fall upon or slay. Christian churches have some doctrinal differences about what forms of homicide are prohibited biblically, though all agree murder is.

In Islam according to the Qur'an, one of the greatest sins is to kill a human being who has committed no fault. "For that cause We decreed for the Children of Israel that whosoever killeth a human being for other than manslaughter or corruption in the earth, it shall be as if he had killed all mankind, and whoso saveth the life of one, it shall be as if he had saved the life of all mankind."[Qur'an 5:32] "Those who invoke not, with Allah, any other god, nor slay such life as Allah has made sacred except for just cause, nor commit fornication; - and any that does this (not only) meets punishment. "[Qur'an 25:68]

The term 'Assassin' derives from Hashshashin, a militant Ismaili Shi-ite sect, active from the eighth to the fourteenth centuries. This mystic secret society killed members of the Abbasid, Fatimid, Seljuq and Crusader elite for political and religious reasons. The Thuggee cult that plagued India was devoted to Kali, the goddess of death and destruction. A very conservative estimate is that the Thugs murdered 1 million people between 1740 and 1840. The Aztecs believed that without regular offerings of blood the sun god Huitzilopochtli would withdraw his support for them and destroy the world as they knew it. According to Ross Hassig, author of Aztec Warfare, "between 10,000 and 80,400 persons" were sacrificed in the 1487 re-consecration of the Great Pyramid of Tenochtitlan.

b : something outrageous or blameworthy <getting away with murder

Murder is the unlawful killing of another human being with "malice aforethought", and generally this state of mind distinguishes murder from other forms of unlawful homicide (such as manslaughter). As the loss of a human being inflicts enormous grief upon the individuals close to the victim, as well as the fact that the commission of a murder is highly detrimental to the good order within society, most societies both present and in antiquity have considered it a most serious crime worthy of the harshest of punishment. In the US, a person convicted of murder is typically given a life sentence or the death penalty for such an act. A person who commits murder is called a murderer ; the term murderess, meaning a woman who murders, has largely fallen into disuse.[1]