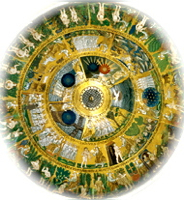 Natural law or the law of nature (Latin: lex naturalis) is a theory that posits the existence of a law whose content is set by nature and that therefore has validity everywhere.[1] The phrase natural law is opposed to the positive law (which is man-made) of a given political community, society, or nation-state, and thus can function as a standard by which to criticize that law.[2] In natural law jurisprudence, on the other hand, the content of positive law cannot be known without some reference to the natural law (or something like it). Used in this way, natural law can be invoked to criticize decisions about the statutes, but less so to criticize the law itself. Some use natural law synonymously with natural justice or natural right (Latin ius naturale), although most contemporary political and legal theorists separate the two.

For lessons on the topic of Natural Law, follow this link.