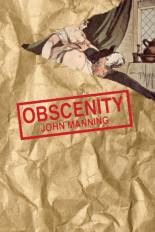 Obscenity (in Latin obscenus, meaning "foul, repulsive, detestable"), is a term that is most often used in a legal context to describe expressions (words, images, actions) that offend the prevalent sexual morality of the time. It is often replaced by the word salaciousness.

Despite its long formal and informal use with a sexual connotation, the word still retains the meanings of "inspiring disgust" and even "inauspicious; ill-omened", as in such uses as "obscene profits", "the obscenity of war", etc. It can simply be used to mean profanity, or it can mean anything that is taboo, indecent, abhorrent, or disgusting.

The definition of obscenity differs from culture to culture, between communities within a single culture, and also between individuals within those communities. Many cultures have produced laws to define what is considered to be obscene, and censorship is often used to try to suppress or control materials that are obscene under these definitions: usually including, but not limited to, pornographic material. As such censorship restricts freedom of expression, crafting a legal definition of obscenity presents a civil liberties issue.[1]