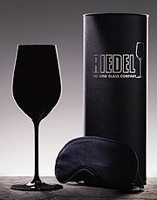 Opacity is the measure of impenetrability to electromagnetic or other kinds of radiation, especially visible light. In radiative transfer, it describes the absorption and scattering of radiation in a medium, such as a plasma, dielectric, shielding material, glass, etc. An opaque object is neither transparent (allowing all light to pass through) nor translucent (allowing some light to pass through). When light strikes an interface between two substances, in general some may be reflected, some absorbed, some scattered, and the rest transmitted (also see refraction). Reflection can be diffuse, for example light reflecting off a white wall, or specular, for example light reflecting off a mirror. An opaque substance transmits very little light, and therefore reflects, scatters, or absorbs most of it. Both mirrors and carbon black are opaque. Opacity depends on the frequency of the light being considered. For instance, some kinds of glass, while transparent in the visual range, are largely opaque to ultraviolet light. More extreme frequency-dependence is visible in the absorption lines of cold gases. Opacity can be quantified in many ways; for example, see the article mathematical descriptions of opacity.[1]