From Nordan Symposia
(Redirected from Open)
Jump to navigationJump to search 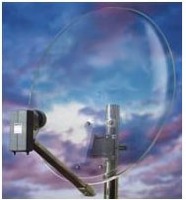 For lessons on the topic of Transparency, follow this link.

b : fine or sheer enough to be seen through : diaphanous

2 a : free from pretense or deceit : frank

Openness is the quality of being open. It sometimes refers to a very general philosophical position from which some individuals and organizations operate, often highlighted by a decision-making process recognizing communal management by distributed stakeholders (users/producers/contributors) rather than a centralized authority (owners, experts, boards of directors, etc.)