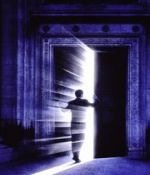 Paranormal is a general term that describes unusual experiences that lack a scientific explanation,[1] or phenomena alleged to be outside of science's current ability to explain or measure.[2] Notably, paranormal phenomena also lack scientific evidence, as detectable but not well explained phenomena such as dark matter or dark energy are not commonly called paranormal.

Stories relating to paranormal phenomena are found in popular culture, but the scientific community, as referenced in statements made by organizations such as the United States National Science Foundation, maintains that scientific evidence does not support paranormal beliefs.[3]

Approaching the paranormal from a research perspective is often difficult because of the lack of acceptance of the physical reality of most of the purported phenonema. By definition, the paranormal does not conform to conventional expectations of the natural. Despite this challenge, studies on the paranormal are periodically conducted by researchers all from various disciplines. Some researchers study just the beliefs in the paranormal regardless of whether the phenomena are considered to objectively exist.

For lessons on the topic of the Paranormal, follow this link.

An anecdotal approach to the paranormal involves the collection of stories told about the paranormal. Charles Fort (1874-1932) is perhaps the best known collector of paranormal anecdotes. Fort is said to have compiled as many as 40,000 notes on unexplained paranormal experiences, though there were no doubt many more than these. These notes came from what he called "the orthodox conventionality of Science", which were odd events originally reported in magazines and newspapers such as The Times and scientific journals such as Scientific American, Nature and Science". From this research Fort wrote seven books, though only four survive. These are: The Book of the Damned (1919), New Lands (1923), Lo! (1931) and Wild Talents (1932); one book was written between New Lands and Lo! but it was abandoned and absorbed into Lo!.

Reported events that he collected include teleportation (a term Fort is generally credited with coining); poltergeist events, falls of frogs, fishes, inorganic materials of an amazing range; crop circles; unaccountable noises and explosions; spontaneous fires; levitation; ball lightning (a term explicitly used by Fort); unidentified flying objects; mysterious appearances and disappearances; giant wheels of light in the oceans; and animals found outside their normal ranges (see phantom cat). He offered many reports of OOPArts, abbreviation for "out of place" artifacts: strange items found in unlikely locations. He also is perhaps the first person to explain strange human appearances and disappearances by the hypothesis of alien abduction, and was an early proponent of the extraterrestrial hypothesis.

Paranormal at the Open Directory Project