From Nordan Symposia
(Redirected from Perceives)
Jump to navigationJump to search 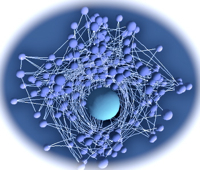 I. The action of PERCEIVE v. I.

1. a. The process of becoming aware or conscious of a thing or things in general; the state of being aware; consciousness; {dag} (spiritual) understanding (obs.).
Often used in philosophical contexts; for example, John Locke contrasted perception with volition (see quot. 1690).

For lessons on the topic of Perception, follow this link.

a1398 J. TREVISA tr. Bartholomaeus Anglicus De Proprietatibus Rerum (BL Add.) f. 14v, It nedi{th} to {th}e ouer aungels alwey teche and lede {th}e ne{th}ir aungelis {th}at {th}ey mowe be knowinge to {th}e bischinynge and illuminacioun, adduccioun & comunicacioun, induccioun, conuersioun, commencoun, & percepcioun of god. 1611 R. COTGRAVE Dict. French & Eng. Tongues, Perception, a perception; a perceiuing, apprehension, vnderstanding. 1661 J. GLANVILL Vanity of Dogmatizing x. 87 The best Philosophy..derives all sensitive perception from Motion, and corporal impress. 1690 J. LOCKE Ess. Humane Understanding II. vi. 51 The two great and principal Actions of the Mind..are these two: Perception, or Thinking; and Volition, or Willing. 1725 I. WATTS Logick I. i, Perception is that Act of the Mind (or as some Philosophers call it, rather a Passion or Impression) whereby the Mind becomes conscious of any Thing, as when I feel Hunger, Thirst, or Cold, or Heat; when I see a Horse, a Tree, or a Man; when I hear a human Voice, or Thunder. 1751 J. HARRIS Hermes I. ii. 15 By the Powers of Perception, I mean the Senses and the Intellect. 1826 W. KIRBY & W. SPENCE Introd. Entomol. IV. xlv. 234 The agent between the common sensory and the sense is the consciousness or perception of the impression. 1860 J. TYNDALL Glaciers of Alps II. ix. 270 Such pleasure the direct perception of natural truth always imparts. 1924 R. M. OGDEN tr. K. Koffka Growth of Mind v. 295 This constancy of form becomes the child's mode of perception. 1970 A. TOFFLER Future Shock iii. 40 Man's perception of time is closely linked with his internal rhythms. 1990 Philos. Rev. 99 113 Berkeley's minds are active in imagination and passive in perception. [1]

In psychology and the cognitive sciences, perception is the process of attaining awareness or understanding of sensory information. It is a task far more complex than was imagined in the 1950s and 1960s, when it was proclaimed that building perceiving machines would take about a decade, but, needless to say, that is still very far from reality. The word perception comes from the Latin perception, percepio, , meaning "receiving, collecting, action of taking possession, apprehension with the mind or senses."

Perception is also a form of self-expression.

What one perceives is a result of interplays between past experiences, one’s culture and the interpretation of the perceived. If the percept does not have support in any of these perceptual bases it is unlikely to rise above perceptual threshold.

Perception gives rise to two types of consciousness; phenomenal and psychological. The difference everybody can demonstrate to himself/herself by simple opening and closing his/her eyes. Phenomenal consciousness is full of rich sensations that are hardly present when eyes are closed.

There are two basic theories of perception: Passive Perception (PP) and Active Perception (PA). The passive perception (conceived by René Descartes) is addressed in this article and could be surmised as the following sequence of events: surrounding → input (senses) → processing (brain) → output (re-action). Although still supported by mainstream philosophers, psychologists and neurologists, this theory is nowadays losing momentum. The theory of active perception has emerged from extensive research of sensory illusions, most notably the works of Professor Emeritus Richard L. Gregory. This theory is increasingly gaining experimental support and could be surmised as dynamic relationship between “description” (in the brain) ↔ senses ↔ surrounding.

Perception is one of the oldest fields in psychology. The oldest quantitative law in psychology is the Weber-Fechner law, which quantifies the relationship between the intensity of physical stimuli and their perceptual effects. It was the study of perception that gave rise to the Gestalt school of psychology, with its emphasis on holistic approach.

In the case of visual perception, some people can actually see the percept shift in their mind's eye. Others who are not picture thinkers, may not necessarily perceive the 'shape-shifting' as their world changes. The 'esemplastic' nature has been shown by experiment: an ambiguous image has multiple interpretations on the perceptual level.

Just as one object can give rise to multiple percepts, so an object may fail to give rise to any percept at all: if the percept has no grounding in a person's experience, the person may literally not perceive it.

Perception alters what humans see, into a diluted version of reality, which ultimately corrupts the way humans perceive the truth. When people view something with a preconceived idea about it, they tend to take those preconceived ideas and see them whether or not they are there. This problem stems from the fact that humans are unable to understand new information, without the inherent bias of their previous knowledge. The extent of a person’s knowledge creates their reality as much as the truth, because the human mind can only contemplate that which it has been exposed to. When objects are viewed without understanding, the mind will try to reach for something that it already recognizes, in order to process what it is viewing. That which most closely relates to the unfamiliar from our past experiences, makes up what we see when we look at things that we don’t comprehend.

This confusing ambiguity of perception is exploited in human technologies such as camouflage, and also in biological mimicry, for example by Peacock butterflies, whose wings bear eye markings that birds respond to as though they were the eyes of a dangerous predator. Perceptual ambiguity is not restricted to vision. For example, recent touch perception research (Robles-De-La-Torre & Hayward 2001) found that kinesthesia-based haptic perception strongly relies on the forces experienced during touch. This makes it possible to produce illusory touch percepts (see also the MIT Technology Review article The Cutting Edge of Haptics).

Cognitive theories of perception assume there is a poverty of stimulus. This (with reference to perception) is the claim that sensations are, by themselves, unable to provide a unique description of the world. Sensations require 'enriching', which is the role of the mental model. A different type of theory is the perceptual ecology approach of James J. Gibson. Gibson rejected the assumption of a poverty of stimulus by rejecting the notion that perception is based in sensations. Instead, he investigated what information is actually presented to the perceptual systems. He (and the psychologists who work within this paradigm) detailed how the world could be specified to a mobile, exploring organism via the lawful projection of information about the world into energy arrays. Specification is a 1:1 mapping of some aspect of the world into a perceptual array; given such a mapping, no enrichment is required and perception is direct.

The ecological understanding of perception advanced from Gibson's early work is perception-in-action, the notion that perception is a requisite property of animate action, without perception action would not be guided and without action perception would be pointless. Animate actions require perceiving and moving together. In a sense, "perception and movement are two sides of the same coin, the coin is action." A mathematical theory of perception-in-action has been devised and investigated in many forms of controlled movement by many different species of organism, General Tau Theory. According to this theory, tau information, or time-to-goal information is the fundamental 'percept' in perception.-