From Nordan Symposia
(Redirected from Persuade)
Jump to navigationJump to search 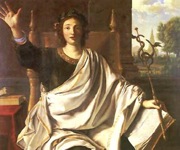 Rhetoric is the study of effective speaking and writing, the art of persuasion, and many other things related to the application of language.

In its long and vigorous history rhetoric has enjoyed many definitions, accommodated differing purposes, and varied widely in what it included. And yet, for most of its history it has maintained its fundamental character as a discipline for training students

1) to perceive how language is at work orally and in written forms, and

2) to become proficient in applying the resources of language in their own speaking and writing. (See rhetorical pedagogy)

Discerning how language is working in others' or one's own writing and speaking, one must (artificially) divide form and content, what is being said and how this is said (see Content/Form). Because rhetoric examines so attentively the how of language as the methods and means of communication, it has sometimes been discounted as something only concerned with style or appearances, and not with the quality or content of communication. For many (such as Plato) rhetoric deals with the superficial at best, the deceptive at worst ("mere rhetoric"), when one might better attend to matters of substance, truth, or reason as attempted in dialectic or philosophy or religion.

Rhetoric has sometimes lived down to its critics, but as set forth from antiquity, rhetoric was a comprehensive art just as much concerned with what one could say as how one might say it. Indeed, a basic premise for rhetoric is the indivisibility of means from meaning; how one says something conveys meaning as much as what one says. Rhetoric studies the effectiveness of language comprehensively, including its emotional impact (see pathos), as much as its propositional content ( see logos). To see how language and thought worked together, however, it has first been necessary to artificially divide content and form. [1]

Rhetorical modes (also known as modes of discourse) describe the variety, conventions, and purposes of the major kinds of writing. Four of the most common rhetorical modes and their purpose are exposition, argumentation, description, and narration.