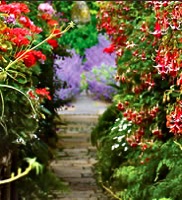 Pleasure, a "state of mind", is commonly conceptualized as a positive experience, happiness, entertainment, enjoyment, ecstasy, and euphoria. Experience of pleasure is subjective, varying among individuals and typically stimulated by eating, exercise, sexuality, music, usage of drugs. The term analogously connotes a positive mental state arising from complex perception, writing or reading, accomplishment, recognition, service, indeed through any imaginable activity.

Epicurus and his followers defined the highest pleasure as the absence of suffering, and pleasure itself as "freedom from pain in the body and freedom from turmoil in the soul". According to Cicero (or rather his character Torquatus), he also believed that pleasure was the chief good (and, conversely, that pain was the chief evil). The 19th-century German philosopher Arthur Schopenhauer understood pleasure as a negative sensation, as it negates the usual existential condition, that of suffering.

For lessons on the related topic of Self-gratification, follow this link.

Utilitarianism and Hedonism are philosophies that advocate increasing to the maximum the amount of pleasure and minimizing the amount of suffering. Examples of such philosophies are some of Freud's theories of human motivation that have been called psychological hedonism; his "life instinct" is essentially the observation that people will pursue pleasure.[citation needed]

The pleasure center is the set of brain structures, predominantly the nucleus accumbens, theorized to produce great pleasure when stimulated electrically. Some references state that the septum pellucidium is generally considered to be the pleasure center, while others mention the hypothalamus when referring to the pleasure center for intracranial stimulation. Certain chemicals are known to stimulate the pleasure centers of the brain. These include dopamine and various endorphins. It has been specifically stated that physical exertion can release endorphines in what is called the runner's high, and equally it has been found that chocolate and certain spices, such as from the family of the chilli, can release or cause to be released similar psychoactive chemicals to those released during sexual acts.

Pleasure as a uniquely human experience

There has been debate as to whether pleasure is experienced by other animals rather than being an exclusive property of humankind. On the one hand, Jeremy Bentham (usually regarded as the founder of Utilitarianism) and Beth Dixon[ both argue that they do, the latter, however, in a carefully worded manner. Some might argue that it is a form of anthropomorphism to ascribe any human experience to animals, including pleasure. Others view animal behaviour simply as responses to stimuli; this is the way behaviourists look at the evidence, Pavlov's dogs (or rather his explanation of their behaviour) being the best-known example. However, it may be argued that we simply cannot know whether animals experience pleasure, and most scientists, indeed, prefer to remain neutral while utilizing anthropomorphisms as and when they need them.[10] It appears, though, that those who recognise emotions in animals are in the ascent: many ethologists, for example Marc Bekoff, are prepared to draw the conclusion that animals do experience emotions, though these are not necessarily the same as human emotions.

The quality of worship is determined by the depth of creature perception; and as the knowledge of the infinite character of the Gods progresses, the act of worship becomes increasingly all-encompassing until it eventually attains the glory of the highest experiential delight and the most exquisite pleasure known to created beings.[1]