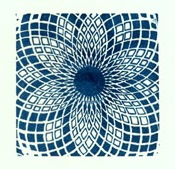 The word "axiom" comes from the Greek word ἀξίωμα (axioma), a verbal noun from the verb ἀξιόειν (axioein), meaning "to deem worthy", but also "to require", which in turn comes from ἄξιος (axios), meaning "being in balance", and hence "having (the same) value (as)", "worthy", "proper". Among the ancient Greek philosophers an axiom was a claim which could be seen to be true without any need for proof.

The root meaning of the word 'postulate' is to 'demand'; for instance, Euclid demands of us that we agree that the some things can be done, e.g. any two points can be joined by a straight line, etc.

Ancient geometers maintained some distinction between axioms and postulates. While commenting Euclid's books Proclus remarks that "Geminus held that this [4th] Postulate should not be classed as a postulate but as an axiom, since it does not, like the first three Postulates, assert the possibility of some construction but expresses an essential property". Boethius translated 'postulate' as petitio and called the axioms notiones communes but in later manuscripts this usage was not always strictly kept.

b : to assume as a postulate or axiom (as in logic or mathematics)

In traditional logic, an axiom or postulate is a proposition that is not proved or demonstrated but considered to be either self-evident, or subject to necessary decision. Therefore, its truth is taken for granted, and serves as a starting point for deducing and inferring other (theory dependent) truths.

In mathematics, the term axiom is used in two related but distinguishable senses: "logical axioms" and "non-logical axioms". In both senses, an axiom is any mathematical statement that serves as a starting point from which other statements are logically derived. Unlike theorems, axioms (unless redundant) cannot be derived by principles of deduction, nor are they demonstrable by mathematical proofs, simply because they are starting points; there is nothing else from which they logically follow (otherwise they would be classified as theorems).

Logical axioms are usually statements that are taken to be universally true (e.g., A and B implies A), while non-logical axioms (e.g., a + b = b + a) are actually defining properties for the domain of a specific mathematical theory (such as arithmetic). When used in the latter sense, "axiom," "postulate", and "assumption" may be used interchangeably. In general, a non-logical axiom is not a self-evident truth, but rather a formal logical expression used in deduction to build a mathematical theory. To axiomatize a system of knowledge is to show that its claims can be derived from a small, well-understood set of sentences (the axioms). There are typically multiple ways to axiomatize a given mathematical domain.

Outside logic and mathematics, the term "axiom" is used loosely for any established principle of some field.[1]