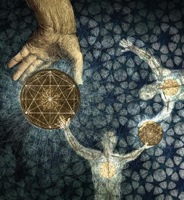 Anglo-Norman premisse, premesse and Middle French premisse (French prémisse ) (in Logic) each of the two propositions from which the conclusion is drawn in a syllogism, preamble, material already dealt with, proposition stated previously.

b : something assumed or taken for granted : presupposition

a : a tract of land with the buildings thereon
b : a building or part of a building usually with its appurtenances (as grounds)

A premise is a statement that an argument claims will induce or justify a conclusion. In other words: a premise is an assumption that something is true. In logic, an argument requires a set of two declarative sentences (or "propositions") known as the premises along with another declarative sentence (or "proposition") known as the conclusion. This structure of two premises and one conclusion forms the basic argumentative structure. More complex arguments can utilize a series of rules to connect several premises to one conclusion, or to derive a number of conclusions from the original premises which then act as premises for additional conclusions. An example of this is the use of the rules of inference found within symbolic logic.

Aristotle held that any logical argument could be reduced to two premises and a conclusion. Premises are sometimes left unstated in which case they are called missing premises, for example:

Socrates is mortal, since all men are mortal.

It is evident that a tacitly understood claim is that Socrates is a man. The fully expressed reasoning is thus:

In this example, the first two independent clauses preceding the comma (namely, "all men are mortal" and "Socrates is a man") are the premises, while "Socrates is mortal" is the conclusion.

The proof of a conclusion depends on both the truth of the premises and the validity of the argument.