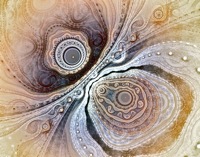 2 (two) is a number, numeral, and glyph. It is the natural number following 1 and preceding 3.

Two has many properties in mathematics. An integer is called even if it is divisible by 2. For integers written in a numeral system based on an even number, such as decimal and hexadecimal, divisibility by 2 is easily tested by merely looking at the last digit. If it is even, then the whole number is even. In particular, when written in the decimal system, all multiples of 2 will end in 0, 2, 4, 6, or 8.

Two is the smallest and the first prime number, and the only even one[2] (for this reason it is sometimes called "the oddest prime". The next prime is three. Two and three are the only two consecutive prime numbers. 2 is the first Sophie Germain prime, the first factorial prime, the first Lucas prime, and the first Smarandache-Wellin prime. It is an Eisenstein prime with no imaginary part and real part of the form 3n − 1. It is also a Stern prime, a Pell number, the first Fibonacci prime, and a Markov number, appearing in infinitely many solutions to the Markov Diophantine equation involving odd-indexed Pell numbers.

It is the third Fibonacci number, and the third and fifth Perrin numbers.

Vulgar fractions with 2 or 5 in the denominator do not yield infinite decimal expansions, as is the case with most primes, because 2 and 5 are factors of ten, the decimal base.

Evolution of the glyph