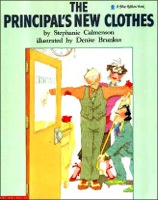 b : the chief executive officer of an educational institution
c : one who engages another to act as an agent subject to general control and instruction; specifically : the person from whom an agent's authority derives
d : the chief or an actual participant in a crime
e : the person primarily or ultimately liable on a legal obligation
f : a leading performer : star

b : the construction that gives shape and strength to a roof and is usually one of several trusses; broadly : the most important member of a piece of framing

A head teacher or school principal (also known as headteacher, headmaster, headmistress or the head, sometimes informally in Scots, the heidie or heedie) is the most senior teacher, leader and manager of a school. In the past, the headmaster or headmistress of a British private school was often the owner of the school or a member of the owning family, and the position often remained in the family for many generations.

In Scotland, such officials are sometimes known as the "rector", most commonly in independent schools. In North America, Australia and Ireland (including Northern Ireland), such officials are usually known as the "school principal", but some schools, primarily independent schools, use the term "headmaster" or "head master". As in Scotland, the term "rector" is still in use in the United States in independent, religious schools as by tradition, the Head of School was also a priest. Some American state schools, such as Boston Latin School, Brooklyn Latin School also use the term "headmaster", either because of its history or historical connections.

The official term for the third most senior teacher in British state schools and many private schools was "second master" or "second mistress", but these terms have generally gone out of use in the state sector.