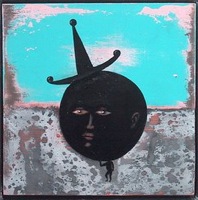 Latin procrastinatus, past participle of procrastinare, from pro- forward + crastinus of tomorrow, from cras tomorrow The term's first known appearance was in Edward Hall's The Union of the Noble and Illustre Famelies of Lancastre and York, first published sometime before 1548. The sermon reflected procrastination's connection at the time to task avoidance or delay, volition or will, and sin.

For lessons on the topic of Procrastination, follow this link.

Procrastination refers to the counterproductive deferment of actions or tasks to a later time. Psychologists often cite such behavior as a mechanism for coping with the anxiety associated with starting or completing any task or decision. Schraw, Wadkins, and Olafson have proposed three criteria for a behavior to be classified as procrastination: it must be counterproductive, needless, and delaying.

Procrastination may result in stress, a sense of guilt and crisis, severe loss of personal productivity, as well as social disapproval for not meeting responsibilities or commitments. These feelings combined may promote further procrastination. While it is regarded as normal for people to procrastinate to some degree, it becomes a problem when it impedes normal functioning. Chronic procrastination may be a sign of an underlying psychological disorder.

The psychological causes of procrastination vary greatly, but generally surround issues of anxiety, low sense of self-worth, and a self-defeating mentality. Procrastinators are also thought to have a lower-than-normal level of conscientiousness, more based on the "dreams and wishes" of perfection or achievement in contrast to a realistic appreciation of their obligations and potential.[1]