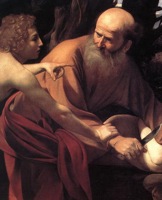 b : a debt security (as a mortgage or corporate bond)
c : a commitment (as by a government) to pay a particular sum of money; also : an amount owed under such an obligation <unable to meet its obligations, the company went into bankruptcy>

3 a : a condition or feeling of being obligated

b : a debt of gratitude

4 : something one is bound to do : duty, responsibility

The word "obligation" can also designate a written obligation, or such things as bank notes, coins, checks, bonds, stamps, or securities.[1]