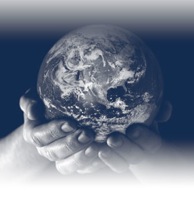 Responsibility is the state of being Responsible (see below)

1647 LILLY Chr. Astrol. lviii. 383 This is a difficult Question, and yet by Astrologie responsible.

For lessons on the topic of Responsibility, follow this link.

1643 PRYNNE Sov. Power Parl. III. App. 12 To hold this Popish erronious opinion, that they are in no case responsible to their whole Kingdomes or Parliaments for their grossest exorbitances.
1662 J. DAVIES tr. Olearius' Voy. Ambass. 405 Being responsible to the King for what might happen to us.
1720 WATERLAND Doctr. Trin. v. Wks.
1823 V. 115 Willing or not willing, every man is responsible, at last, for the doctrines he teaches. 1790 BURKE Fr. Rev. 42 Our constitution has made no sort of provision towards rendering him, as a servant, in any degree responsible.
1850 MCCOSH Div. Govt. III. i. (1874) 278 Man is a free agent and morally responsible to his Governor. 1868 FREEMAN Norm. Conq. (1877) II. 321 The country was left..without any single responsible chief.
b. Morally accountable for one's actions; capable of rational conduct.
1836 J. GILBERT Chr. Atonem. ii. (1852) 50 The great God has treated us as responsible beings.
1858 FROUDE Hist. Eng. IV. xviii. 35 James arrived at an age when he could be treated as responsible.
1875 BAIN Mental & Mor. Sci. 396 In criminal procedure, a man is accounted responsible if motives still continue to have power over him.
c. responsible government: (see quot. 1910); also in extended use (esp. under influence of sense 5).
1839 LD. DURHAM Rep. Affairs Brit. N. Amer. 142 By creating high prizes in a general and responsible Government, we shall immediately afford the means of pacifying the turbulent ambitions, and of employing in worthy and noble occupations the talents which now are only exerted to foment disorder.
1865 EARL RUSSELL Essay on Hist. Eng. Govt. & Constitution p. lxviii, Others said, ‘the grant of what is called “responsible government” [in Canada] is a grant of independence. It must be resisted.’
1906 W. S. CHURCHILL in R. S. Churchill Winston S. Churchill (1969) II. Compan. I. 506 We are not, of course, confined to any particular form of Responsible Government.
1910 Colonial Office List V. i. 633 The colonies possessing responsible government, in which the Crown has only reserved the power of disallowing legislation and the Secretary of State for the Colonies has no control over any public officer except the Governor. ::1930 G. B. SHAW Apple Cart I. 33 The people have found out long ago that democracy is humbug, and that instead of establishing responsible government it has abolished it. :1957 Encycl. Brit. XII. 174/2 The device known as dyarchy, or double government,..was intended to train Indians for responsible government.

1650 in T. Hutchinson Hist. Mass. (1765) 452 You are required to attach the goods or lands of William Stevens to the value of one hundred pounds, so as to bind the same to be responsible at the next court at Boston.

1691 LOCKE Consid. Money Wks.
1714 II. 12 Not knowing that the Bill or Bond is true or legal, or that the Man bound to me is honest or responsible.
1817 JANE AUSTEN Persuasion iii, Could not be a better time, Sir Walter, for having a choice of tenants, very responsible tenants.
1853 C. BRONTË Villette xiv, There was about him a manly responsible look, that redeemed his youth.
1884 J. QUINCY Figures of Past 345 The collection and delivery of parcels..might be undertaken by one responsible person. 1896 H. JOHNSTON Dr. Congalton's Legacy ix. 103 Responsible land-owners, bonnet-lairds, farmers, otherwise a nondescript crowd.

b. Of respectable appearance.

1855 PRESCOTT Philip II, I. I. ii. 12 He selected two persons for the responsible office of superintending his education.
1880 19th Cent. Apr. 707 Native officers so appointed to high and responsible positions.

1885 JEROME On the Stage 80 In the provinces, thirty shillings is a high figure for a good all-round ‘responsibles’. Ibid. 121 Hearing that one of their ‘responsibles’ had just left, I went straight to the manager,..and was accepted.

1727 in BAILEY (vol. II).
1812 G. CHALMERS Dom. Econ. Gt. Brit. 138 At this crisis..every bill was suspected, as being of doubtful responsibleness.
1856 EMERSON Eng. Traits v. Ability, They have solidarity, or responsibleness, and trust in each other.

Moral responsibility can refer to two different but related things.

People who have moral responsibility for an action are usually called moral agents. Agents are creatures that are capable of reflecting on their situation, forming intentions about how they will act, and then carrying out that action.

Moral responsibility, free will and determinism

Responsibility Assumption is a doctrine in the personal growth field holding that each individual has substantial or total responsibility for the events and circumstances that befall them in their life. While there is little that is notable about the notion that each person has at least some role in shaping their experience, the doctrine of responsibility assumption posits that the individual's mental contribution to his or her own experience is substantially greater than is normally thought. "I must have wanted this" is the type of catchphrase used by adherents of this doctrine when encountering situations, pleasant or unpleasant, to remind them that their own desires and choices led to the present outcome.

The main variable in the different interpretations of the responsibility assumption doctrine is the degree to which the individual is considered the cause of his or her own experience, ranging from partial but substantial, to total.

In its forms positing less than total responsibility, the doctrine appears in nearly all motivational programs, some psychotherapy, and large group awareness training programs. In programs as non-controversial as books on the power of positive thinking, it functions as a mechanism to point out that each individual does affect the perceived world by the decisions they make each day and by the choices they made in the past. These less absolute forms may be expressed within the rubric that we cannot control the situations that befall us, but we can at least control our attitudes toward them.

In its more absolute form, the doctrine becomes both more pronounced and more controversial. Perhaps the most prominent dividing line of controversy is the threshold of reversed mental causation, where sufficient responsibility is assigned to the individual that their thoughts or mental attitudes are considered the actual cause of external situations or physical occurrences rather than vice-versa, along the lines of the catchphrase, "mind over matter." In this realm the doctrine can present controversial propositions such as, "you chose to have cancer and can just as easily become well if you choose," or the even more shocking and unpalatable proposition, "this genocide took place because the victims wanted to die." Despite the extremity of these positions, there are indeed groups and schools of thought subscribing to the doctrine of responsibility assumption that would support these propositions and more.[1]

Religious and philosophical roots and usage

The est seminars popularized the doctrine "responsibility assumption" in the 1970s although they did not explicitly use the term. The doctrine both predates est and is found in a far wider variety of settings. The doctrine has spiritual roots in the monism of Eastern religious traditions which hold that only one true being exists, and all people are one with each other and with god and hence possess Godlike powers, though they are often unaware of it. It has been likened to karma, which however tends to suggest later retribution for earlier acts, while responsibility assumption posits more of an immediate link between the experience desired and the outcome received. The doctrine also has associations with the neoplatonist notion of an illusory world, which the doctrine's adherents would phrase more precisely as an illusion of external worldly effects on inner mental states. It finds further support in philosophical idealism, which posits thought as the one true substance.

Among historically Christian churches, denominations have belief systems that incorporate doctrinal elements similar to responsibility assumption. The doctrine can be found in the work of psychotherapist Georg Groddeck assigning mental causes to physical ailments, has been more recently propagated by self-help authors such as Arnold Patent, and can be found in a number of New Age and new religious movements. Prominent among these are Christian Science and the New Thought Movement, whose constituent theologies espouse mental approaches to bodily healing and express precepts such as, "to each, according to his belief." The doctrine combined with reversed causation can further be found explicitly expressed in works such as A Course in Miracles.

The theme of responsibility assumption appears in several places in popular culture. For example, it appeared in Richard Bach's bestseller, Jonathan Livingston Seagull, and Bach addressed the topic more directly in a less-popular later book, Illusions. John Denver, a proponent of est, wrote two songs about it, Farewell Andromeda (1973) and Looking for Space (1975), and the opening lines of Farewell Andromeda capture the essence of responsibility assumption:

I'm the one responsible, I made it just this way To make myself some pictures, see what they might bring

I think I made it perfectly, I wouldn't change a thing

The 1956 movie Forbidden Planet featured an analogous concept to responsibility assumption, about a race who, through technology, became able to materialize their thoughts, to disastrous ends.

The 1967 television series The Prisoner featured an ambiguous climax spawning several interpretations, one of which implicates responsibility assumption. Throughout the short seventeen-episode series, the eponymous prisoner, a man held against his will by a mysterious group, attempted to determine—and in the final episode apparently succeeded in determining—the identity of the mysterious person who led the group and thus ultimately determined the prisoner's fate. The moment of revelation in which the mysterious leader was literally unmasked by the prisoner was brief and unclear, but there are fans of the series who believe the unmasked leader was the prisoner himself.

Though these are prominent examples, varying degrees of the doctrine of responsibility assumption have formed a minor theme more broadly within the United States cultural landscape since the 1960s counterculture.

Generally, different cultures place different weight on individual responsibility and that this difference is manifested in folklore. In this view, the tale of the Fisherman and the Little Goldfish (in which the protagonist makes little effort to improve his lot) illustrates the denial of responsibility. In the late 20th century US, the best-selling didactic and allegorical fable Who Moved My Cheese? underscored personal responsibility for one's livelihood and thus well-being.