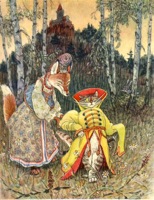 Folklore (or lore) consists of legends, music, oral history, proverbs, jokes, popular beliefs, fairy tales, stories, tall tales, and customs included in the traditions of a culture, subculture, or group. It also includes the set of practices through which those expressive genres are shared. The study of folklore is sometimes called folkloristics, and people who study folklore are sometimes referred to as "folklorists". The English antiquarian William Thoms introduced the word "folklore" in a letter published in the London journal The Athenaeum in 1846. In usage, there is a continuum between folklore and mythology. Stith Thompson (1885-1976) made a major attempt to index the motifs of both folklore and mythology, providing an outline for classifying new motifs, and within which scholars can keep track of all older motifs.

Folklorist William Bascom states that folklore has many cultural aspects, such as allowing for escape from societal consequences. In addition, folklore can also serve to validate a culture (romantic nationalism), as well as transmit a culture's morals and values. Folklore can also be the root of many cultural types of music. Country, blues, and bluegrass all originate from American folklore. Examples of artists which have used folkloric themes in their music would be: Bill Monroe, Flatt and Scruggs, Old Crow Medicine Show, Jim Croce, and many others. Folklore can also be used to assert social pressures, or relieve them, for example in the case of humor and carnival.