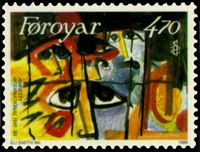 Middle English, from Anglo-French, from Latin conscientia, from conscient-, consciens, present participle of conscire to be conscious, be conscious of guilt, from com- + scire to know

b : a faculty, power, or principle enjoining good acts
c : the part of the superego in psychoanalysis that transmits commands and admonitions to the ego

For lessons on the topic of Conscience, follow this link.

Conscience is an aptitude, faculty, intuition, or judgment of the intellect that distinguishes right from wrong. Moral evaluations of this type may reference values or norms (principles and rules). In psychological terms conscience is often described as leading to feelings of remorse when a human does things that go against his/her moral values, and to feelings of rectitude or integrity when actions conform to such norms. The extent to which conscience informs moral judgment before an action and whether such moral judgments are, or should be, based wholly in reason has occasioned debate through much of the history of Western philosophy.

Religious views of conscience usually see it as linked to a morality inherent in all humans, to a beneficent universe and/or to divinity. The diverse ritualistic, mythical, doctrinal, legal, institutional and material features of religion, may not necessarily cohere with experiential, emotive, spiritual or contemplative considerations about the origin and operation of conscience. Common secular or scientific views regard the capacity for conscience as probably genetically determined, with its subject matter probably learned, or imprinted (like language) as part of a culture.[1]