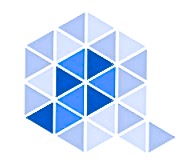 Middle English, quorum of justices of the peace, from Latin, of whom, genitive plural of qui who; from the wording of the commission formerly issued to justices of the peace. Designated by the Latin quorum vos … unum ( duos, etc.) esse volumus ‘of whom we wish that you … be one (two, etc).’

A quorum is the minimum number of members of a deliberative assembly (a body that uses parliamentary procedure, such as a legislature) necessary to conduct the business of that group. According to Robert's Rules of Order Newly Revised, the "requirement for a quorum is protection against totally unrepresentative action in the name of the body by an unduly small number of persons."

The number of members that constitutes a quorum differs depending on the assembly and is usually provided for in that assembly's governing documents (for example, its constitution, charter, bylaws or standing orders). The quorum may also be set by law. While a majority of members is often the quorum for legislative bodies it doesn't have to be. Often ordinary societies (voluntary associations) will have a smaller quorum. Robert's Rules provides that the quorum set in an organization's bylaws "should approximate the largest number that can be depended on to attend any meeting except in very bad weather or other extremely unfavorable conditions."

In the absence of such a provision in the bylaws of a society or assembly, what constitutes a quorum differs. Robert's Rules provides that in such a case, a quorum in an assembly "whose real membership can be accurately determined at any time—that is, in a body having an enrolled membership composed only of persons who maintain their status as members in a prescribed manner—the quorum is a majority of the entire membership, by the common parliamentary law." In the meetings of a convention, unless provided otherwise in the bylaws, a quorum is a majority of registered delegates, even if some have departed. In a mass meeting, or "in a regular or properly called meeting" of an organization whose bylaws do not prescribe a quorum and whose membership is loosely determined, such as many religious congregations or alumni associations, "there is no minimum number of members who must be present for the valid transaction of business, or —as it is usually expressed—the quorum consists of those who attend the meeting."

In a Committee of the Whole or its variants, a quorum is the same as the assembly unless otherwise provided in the assembly's bylaws or rules. In all other committees and boards, a quorum is a majority of the members of the board or committee unless the bylaws, the rule of the parent organization, or the motion establishing the particular committee provide otherwise. According to Robert's Rules, "a board or committee does not have the power to determine its quorum unless the bylaws so provide."