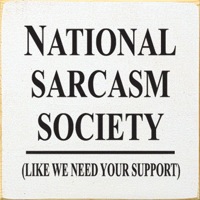 French or Late Latin; French sarcasme, from Late Latin sarcasmos, from Greek sarkasmos, from sarkazein to tear flesh, bite the lips in rage, sneer, from sark-, sarx flesh; probably akin to Avestan thwarəs- to cut. It is first recorded in English in 1579, in an annotation to The Shepheardes Calender: October:

Tom piper) An Ironicall [Sarcasmus], spoken in derision of these rude wits, whych make more account of a ryming rybaud,[7] then of skill grounded vpon learning and iudgment.—Edmund Spenser

The word comes from the late Greek σαρκασμός (sarkasmos) taken from the word σαρκάζειν meaning 'to tear flesh, gnash the teeth, speak bitterly'.[9] However, the ancient Greek word for the rhetorical concept of taunting was instead χλευασμός (chleyasmόs).

b : the use or language of sarcasm

Sarcasm is “a sharp, bitter, or cutting expression or remark; a bitter jibe or taunt.” Though irony is usually the immediate context, most authorities sharply distinguish sarcasm from irony; however, others argue that sarcasm may or often does involve irony or employs ambivalence. Sarcasm has been suggested as a possible bullying action in some circumstances.

Hostile, critical comments may be expressed in an ironic way, such as saying "don't work too hard" to a lazy worker. The use of irony introduces an element of humor which may make the criticism seem more polite and less aggressive. Sarcasm can frequently be unnoticed in print form, often times requiring the inflection or tone of voice to indicate the quip.

Cultural perspectives on sarcasm vary widely with more than a few cultures and linguistic groups finding it offensive to varying degrees. Thomas Carlyle despised it: "Sarcasm I now see to be, in general, the language of the devil; for which reason I have long since as good as renounced it". Fyodor Dostoyevsky, on the other hand, recognized in it a cry of pain: Sarcasm, he said, was "usually the last refuge of modest and chaste-souled people when the privacy of their soul is coarsely and intrusively invaded." RFC 1855, a collection of guidelines for Internet communications, even includes a warning to be especially careful with it as it "may not travel well".[1]