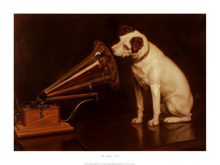 Voice as in a "writer's voice" is a literary term used to describe the individual writing style of an author. Voice is a combination of a writer's use of syntax, diction, punctuation, character development, dialogue, etc., within a given body of text (or across several works). Voice can also be referred to as the specific fingerprint of an author, as every author has a different writing style.

In creative writing, students are often encouraged to experiment with different literary styles and techniques in order to help them better develop their "voice." Voice varies with the individual author, but, particularly in American culture, having a strong voice is considered positive and beneficial to both the writer and his or her audience.

Otherwise, The human voice consists of sound made by a human being using the vocal folds for talking, singing, laughing, crying, screaming, etc. Human voice is specifically that part of human sound production in which the vocal folds (vocal cords) are the primary noise source. Generally speaking, the voice can be subdivided into three parts; the lungs, the vocal folds, and the articulators. The lung (the pump) must produce adequate airflow to vibrate vocal folds (air is the fuel of the voice). The vocal folds (vocal cords) are the vibrators, neuromuscular units that ‘fine tune’ pitch and tone. The articulators (vocal tract consisting of tongue, palate, cheek, lips, etc.)

The vocal folds, in combination with the articulators, are capable of producing highly intricate arrays of sound. The tone of voice may be modulated to suggest emotions such as anger, surprise, or happiness. Effects of speech rate on personality perception.

Voice types and the folds (cords) themselves

These folds are located just above the trachea (the windpipe which travels from the lungs). Food and drink do not pass through the cords but instead pass through the esophagus, an unlinked tube. Both tubes are separated by the epiglottis, a "flap" that covers the opening of the trachea while swallowing.

The folds in both sexes are within the larynx. They are attached at the back (side nearest the spinal cord) to the arytenoid cartilages, and at the front (side under the chin) to the thyroid cartilage. They have no outer edge as they blend into the side of the breathing tube while their inner edges or "margins" are free to vibrate (the hole). They have a three layer construction of an epithelium, vocal ligament, then muscle (vocalis muscle), which can shorten and bulge the folds. They are flat triangular bands and are pearly white in color. Above both sides of the vocal cord is the vestibular fold or false vocal cord, which has a small sac between its two folds.

The difference in vocal folds size between men and women means that they have differently pitched voices. Additionally, genetics also causes variances amongst the same sex, with men and women's singing voices being categorized into types. For example, among men, there are basses, baritones and tenors, and contraltos, mezzo-sopranos and sopranos among women. There are additional categories for operatic voices, see voice type. This is not the only source of difference between male and female voice. Men, generally speaking, have a larger vocal tract, which essentially gives the resultant voice a lower tonal quality. This is mostly independent of the vocal folds themselves.

The sound of each individual's voice is entirely unique not only because of the actual shape and size of an individual's vocal cords but also due to the size and shape of the rest of that person's body. Humans have vocal folds which can loosen, tighten, or change their thickness, and over which breath can be transferred at varying pressures. The shape of chest and neck, the position of the tongue, and the tightness of otherwise unrelated muscles can be altered. Any one of these actions results in a change in pitch, volume, timbre, or tone of the sound produced. Sound also resonates within different parts of the body, and an individual's size and bone structure can affect the sound produced by an individual.

Singers can also learn to project sound in certain ways so that it resonates better within their vocal tract. This is known as vocal resonation. Another major influence on vocal sound and production is the function of the larynx which people can manipulate in different ways to produce different sounds. These different kinds of laryngeal function are described as different kinds of vocal registers.

The primary method for singers to accomplish this is through the use of the formant, which has been shown to match particularly well to the most sensitive part of the ear's frequency range.

In linguistics, a register language is a language which combines tone and vowel phonation into a single phonological system.

Vocal resonation is the process by which the basic product of phonation is enhanced in timbre and/or intensity by the air-filled cavities through which it passes on its way to the outside air. Various terms related to the resonation process include amplification, enrichment, enlargement, improvement, intensification, and prolongation, although in strictly scientific usage acoustic authorities would question most of them. The main point to be drawn from these terms by a singer or speaker is that the end result of resonation is, or should be, to make a better sound.

Influences of the human voice

The twelve-tone musical scale, upon which the majority of the world's music is based, may have its roots in the sound of the human voice during the course of evolution. Analysis of recorded speech samples found peaks in acoustic energy that mirrored the distances between notes in the twelve-tone scale.[1]

There are many disorders which affect the human voice; these include speech impediments, and growths and lesions on the vocal folds. Talking for improperly long periods of time causes vocal loading, which is stress inflicted on the speech organs. When vocal injury is done, often an ENT specialist may be able to help, but the best treatment is the prevention of injuries through good vocal production. Voice therapy is generally delivered by a Speech-language pathologist.

Hoarseness or breathiness that lasts for more than two weeks is a common symptom of an underlying voice disorder and should be investigated medically.