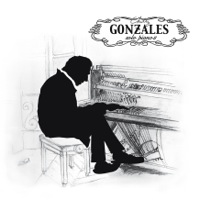 a : a musical composition for a single voice or instrument with or without accompaniment
b : the featured part of a concerto or similar work

2: a performance in which the performer has no partner or associate

b. something undertaken or done alone <a student pilot's first solo>

3: any of several card games in which a player elects to play without a partner against the other players

In music, a solo (from the Italian: solo, meaning alone, even though assolo is now used in Italy when referring to the musical solo) is a piece or a section of a piece played or sung by a single performer. In practice this means a number of different things, depending on the type of music and the context.

The word is also used for the act of performing a solo, and sometimes for the performer (more often a soloist).

The plural is soli or the anglicised form solos. In some context these are interchangeable, but soli tends to be restricted to classical music, and tends to refer to either the solo performers or the solo passages in a single piece: it would not often be used to refer to several pieces that happen to be for single performers. Furthermore, the word soli can be used to refer to a small number of simultaneous parts assigned to single players in an orchestral composition. In the Baroque concerto grosso, the term for such a group of soloists was concertino.[1]