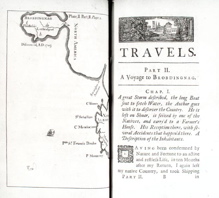 Textuality is a concept in linguistics and literary theory that refers to the attributes that distinguish the text (a technical term indicating any communicative content under analysis) as an object of study in those fields. It is associated in both fields with structuralism and post-structuralism.

The word "text" arose within structuralism as a replacement for the older idea in literary criticism of the "work," which is always complete and deliberately authored. Preminger, Alex, ed., The New Princeton Encyclopedia of Poetry and Poetics (Princeton University Press, 1993), 1276. A text must necessarily be thought of as incomplete, indeed as missing something crucial that provides the mechanics of understanding. The text is always partially hidden; one word for the hidden part in literary theory is the "subtext."Princeton Encyclopedia, 1277.

The concept of the text in structuralism requires a relatively simple relationship between language and writing. Jacques Derrida, a leading post-structuralist, questions this relationship, aiming his critique primarily at Ferdinand de Saussure, who, he claims, does not recognize in the relationship between speech and writing "more than a narrow and derivative function."<ref>Derrida, Jacques, De la grammatologie, translated as Of Grammatology by Gayatri Chakravorty Spivak (1976; corrected edition, Baltimore: Johns Hopkins University Press, 1998), 30. For Derrida, this approach requires putting too much emphasis on speech: {{quotation|Saussure confronts the system of the spoken language with the system of phonetic (and even alphabetic) writing as though with the telos of writing. This teleology leads to the interpretation of all eruptions of the nonphonetic within writing as transitory crisis and accident of passage, and it is right to consider this teleology to be a Western ethnocentrism, a premathematical primitivism, and a preformalist intuitionism. Derrida, 40.