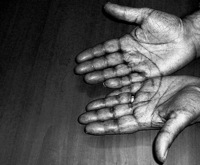 For lessons on the topic of Vulnerability, follow this link.

Because it is most apparent when calamity occurs, many studies of social vulnerability are found in risk management literature (Peacock and Ragsdale 1997; Anderson and Woodrow 1998; Alwang, Siegel et al. 2001; Conway and Norton 2002). However, social vulnerability is a pre-existing condition that affects a society’s ability to prepare for and recover from a disruptive event.[1]