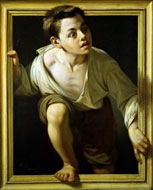 The word critic comes from the Greek κριτικός (kritikós), "able to discern", which in turn derives from the word κριτής (krités), meaning a person who offers reasoned judgment or analysis, value judgment, interpretation, or observation. The term can be used to describe an adherent of a position disagreeing with or opposing the object of criticism.

Modern critics include professionals or amateurs who regularly judge or interpret performances or other works (such as those of artists, scientists, musicians, or actors), and typically publish their observations, often in periodicals. Critics are numerous in certain fields, including art, music, film, theatre or drama, restaurant, and scientific publication critics.

b. spec. The critical science which deals with the text, character, composition, and origin of literary documents, esp. those of the Old and New Testaments. textual criticism: that whose object is to ascertain the genuine text and meaning of an author. higher criticism: see quot. 1881.
c. Philos. The critical philosophy of Kant. So called from its being based on a critical examination of the faculty of knowledge.

Criticism in terms of expectations means democratic judgment over the suitability of a subject for the intended purposes, as opposed to the authoritarian command, which is meant as an absolute realization of the authority's will, thus not open for debate.

Criticism is the activity of judgement or informed interpretation and, in many cases, can be synonymous with "analysis." In literary and academic contexts, the term most frequently refers to literary criticism, art criticism, or other such fields, and to scholars' attempts to understand the aesthetic object in depth. In these contexts the term "critic," used without qualification, most frequently refers to a Philology or another art form. In other contexts, the term describes hostility or disagreement with the object of criticism. Sometimes context, and the contentiousness of the subject, are the only differentiating factors between these two approaches. In politics, for instance (as in the phrase "criticism of U.S. foreign policy"), criticism almost exclusively refers to disagreement—while in an academic, artistic, or literary context (as in "criticism of Romantic poetry") it usually refers to the activity of subtle interpretation or analysis.

Constructive criticism, or constructive analysis, is a compassionate attitude towards the person qualified for criticism. Having higher experience, gifts, respect, knowledge in specific field and being able to verbally convince at the same time, this person is intending to uplift the other person materially, morally, emotionally or spiritually. For high probability in succeeding compassionate criticism, the critic has to be in some kind of healthy personal relationship with the other one, which is normally a parent to child, friend to friend, teacher to student, spouse to spouse or any kind of recognized authority in specific field. Hence the word constructive is used so that something is created or visible outcome generated rather than the opposite. Participatory learning in pedagogy is based on these principles of constructive criticism, focusing on positive examples to be emulated over precepts to be followed.

There can be tension between friendly support and useful criticism. A critic might usefully help an individual artist to recognize what is poor or slapdash in their body of work, but the critic may appear harsh and judgmental in the process. Useful criticism is a practical part of constructive criticism.

The critic is considered to be the psychic inverse of genius.[3] This insight was formulated early by Lessing as "not every critic is a genius, but every genius is born a critic...genius has the proof of all rules within itself." Kant scholar Jane Kneller has read this to indicate that, as opposed to the externally oriented and culturally dependent critic, "genius demonstrates its autonomy not by ignoring all rules, but by deriving the rules from itself."[4]

Notable scholars of the Post-Structuralist tradition have often emphasized the self referential nature of all criticism. Stanley Fish argues that all interpretations are subjective projections and have no inherent meaning; therefore, the critic undermines himself for he undermines only his own interpretation. Thus, concludes Fish, all criticism is self criticism.