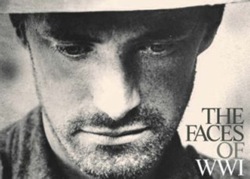 World War I, or the First World War (often referred to as WWI, WW1, The Great War and The War to End All Wars), was a global military conflict which involved the |majority of the world's great powers organized into two opposing military alliances: the Entente Powers and the Central Powers.Over 70 million military personnel were mobilized in the largest war in history. In a state of total war, the major combatants placed their scientific and industrial capabilities at the service of the war effort. Over 15 million people were killed, making it one of the deadliest conflicts in human history.

The proximate catalyst for the war was the 28 June 1914 assassination of Archduke Franz Ferdinand of Austria, heir to the Austro-Hungarian throne, by a Bosnian-Serb nationalist, Gavrilo Princip. Austria-Hungary's resulting demands against the Kingdom of Serbia led to the activation of a series of alliances which within weeks saw all of the major European powers at war. Because of the global empires of many European nations, the war soon spread worldwide.

By the war's end, four major imperial powers - Germany, Russia, Austria-Hungary, and the Ottoman Empire - had been militarily and politically defeated, with the latter two ceasing to exist as autonomous countries.The revolutionized Soviet Union emerged from the Russian Empire, while the map of central Europe was completely redrawn into numerous smaller states The League of Nations was formed in the hope of preventing another such conflict. The European nationalism spawned by the war, the repercussions of Germany's defeat, and the Treaty of Versailles would eventually lead to the beginning of World War II in 1939. [1]