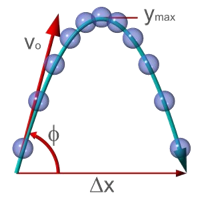 Classical mechanics is used for describing the motion of macroscopic objects, from projectiles to parts of machinery, as well as astronomical objects, such as spacecraft, planets, stars, and galaxies. It produces very accurate results within these domains, and is one of the oldest and largest subjects in science, engineering and technology.

Besides this, many related specialties exist, dealing with gases, liquids, and solids, and so on. Classical mechanics is enhanced by special relativity for objects moving with high velocity, approaching the speed of light; general relativity is employed to handle gravitation at a deeper level; and quantum mechanics handles the wave-particle duality of atoms and molecules.

In physics, classical mechanics is one of the two major sub-fields of study in the science of mechanics, which is concerned with the set of physical laws governing and mathematically describing the motions of bodies and aggregates of bodies. The other sub-field is quantum mechanics.

The term classical mechanics was coined in the early 20th century to describe the system of mathematical physics begun by Isaac Newton and many contemporary 17th century workers, building upon the earlier astronomical theories of Johannes Kepler, which in turn were based on the precise observations of Tycho Brahe and the studies of terrestrial projectile motion by Galileo, but before the development of quantum physics and relativity. Therefore, some sources exclude so-called "relativistic physics" from that category. However, a number of modern sources do include Einstein's mechanics, which in their view represents classical mechanics in its most developed and most accurate form. The initial stage in the development of classical mechanics is often referred to as Newtonian mechanics, and is associated with the physical concepts employed by and the mathematical methods invented by Newton himself, in parallel with Leibniz, and others. Much of the content of classical mechanics was created in the 18th and 19th centuries and extends considerably beyond (particularly in its use of analytical mathematics) the work of Newton.[1]