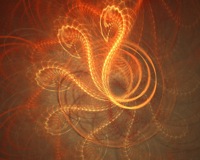 A convocation (Latin 'calling together', translating the Greek ecclesia) is a group of people formally assembled for a special purpose.

In some universities, the term "convocation" refers specifically to the entirety of the alumni of a college which function as one of the university's representative bodies. Due to its inordinate size, the Convocation will elect a standing committee, which is responsible for making representations concerning the views of the alumni to the university administration. The convocation also, however, can hold general meetings, at which any alumnus can attend. The main function of the convocation is to represent the views of the alumni to the university administration, to encourage co-operation among alumni (esp. in regard to donations), and to elect members of the University's governing body (known variously as the Senate, Council, Board, etc., depending on the particular institution, but basically equivalent to a board of directors of a corporation.) The equivalent of the Convocation in the Scottish University system is the General Council.[1]