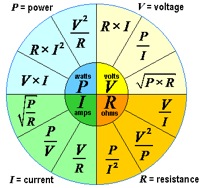 b : a conventionalized statement intended to express some fundamental truth or principle especially as a basis for negotiation or action

b : a milk mixture or substitute for feeding an infant

b : a symbolic expression of the chemical composition or constitution of a substance
c : a group of symbols (as letters and numbers) associated to express facts or data (as the number and kinds of teeth in the jaw) concisely
d : a combination of signs in a logical calculus

to Formulate would be to develop a formula

In mathematics and in the sciences, a formula (plural: formulae, formulæ or formulas) is a concise way of expressing information symbolically (as in a mathematical or chemical formula), or a general relationship between quantities. One of many famous formulae is Albert Einstein's E = mc² (see special relativity).

In mathematics, a formula is a key to solve an equation with variables. For example, the problem of determining the volume of a sphere is one that requires a significant amount of integral calculus to solve. However, having done this once, mathematicians can produce a formula to describe the volume in terms of some other parameter (the radius for example). This particular formula is:

Having determined this result, and having a sphere of which we know the radius we can quickly and easily determine the volume. Note that the quantities V, the volume, and r the radius are expressed as single letters. This convention, while less important in a relatively simple formula, means that mathematicians can more quickly manipulate larger and more complex formulae.

In general mathematical use there is no essential difference in meaning with the term "expression", although the word "formula" tends to be reserved for an expression that "can stand on its own", that has a meaning outside of the immediate context in which it appears and a significance that can be grasped intuitively.

The majority of all mathematical study revolves around formulae in many different forms from quadratic equations to the equations of motion (mainly used in mechanical mathematics and physics). In a general context, formulae are applied to provide a mathematical solution for real world problems. Some may be general formulae designed to explain a phenomenon experienced everywhere - an example is force = mass × acceleration. It is a formula which applies anywhere in the universe. Other formulae may be specially created to solve a particular problem - for example using the equation of a sine curve to model the movement of the tides in a bay. In all cases however, formulae form the basis for all calculations.