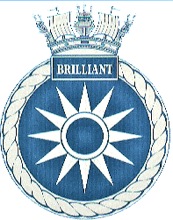 For lessons on the related topic of Value, follow this link.

A quality (from Lat. qualitas(Morwood¹, 1995) is an attribute or a property. Attributes are ascribable, by a subject, whereas properties are possessible(Cargile², 1995). Some philosophers assert that a quality cannot be defined Metaphysics of Quality³. In contemporary philosophy, the idea of qualities and especially how to distinguish certain kinds of qualities from one another remains controversial.(Cargile², 1995)

Aristotle presented his idea of qualities in his Categories. According to him, qualities may be attributed to things and persons or be possessed by them. There are four Aristotelian qualities: habits and dispositions, natural capabilities and incapabilities, affective qualities and affections, and shape. (Studtmann⁴, 2007)

Locke presented a distinction between primary and secondary qualities in his An Essay Concerning Human Understanding. For Locke, a quality is an idea of a sensation or a perception. Locke further asserts that qualities can be divided in two kinds: primary and secondary qualities. Primary qualities are intrinsic to an object—a thing or a person—whereas secondary qualities are dependent on the interpretation of the subjective mode and the context of appearance. (Cargile², 1995) For example, a shadow is a secondary quality. It requires a certain lighting to be attributable to an object. For another example, consider the mass of an object. It is intrinsic to the object because the mass of an object relates directly to the amount and type of atoms it contains and is therefore a primary quality. Newton's law of universal gravitation states that the weight of an object is dictated by the attraction of the Earth to said collection of atoms and is therefore dependent on distance from the Earth thus making it a secondary quality.

A Post-Pragmatistic Conception of Quality

Philosophy and common sense tend to see Quality as related either to subjective feelings or to objective facts. The subject-object in question might be

Robert M. Pirsig, in his book Zen and the Art of Motorcycle Maintenance, studies the Metaphysics of Quality, and examines the distinctions and relationship between classical and romantic quality, seeking to reconcile the two views and understand how they stand in relationship to each other.

In this context the two aspects of classical object-oriented and romantic subject-oriented quality roughly parallel aesthetic quality and functional quality. The resolution of the book points to a view of quality which relegates this subject-object dualism to a product of a non-dualistic absolute.