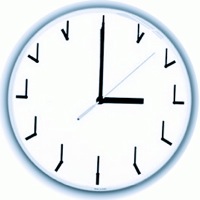 “A beginner who has just started” is a tautology.

Tautology (from Greek tauto, "the same" and logos, "word/idea") is an unnecessary repetition of meaning, using dissimilar words that effectively say the same thing (often originally from different languages). It is considered a fault of style and was defined by A Dictionary of Modern English Usage (Fowler) as "saying the same thing twice," if it is not apparently necessary for the entire meaning of a phrase to be repeated. If a part of the meaning is repeated in such a way that it appears as unintentional, or clumsy, then it may be described as tautology. On the other hand, a repetition of meaning which improves the style of a piece of speech or writing is not necessarily described as tautology. In evaluating worldviews, logicians do not concern themselves that the premises are correct or not, but whether the conclusions derive logically.

A rhetorical tautology is defined as a series of statements that form an argument, whereby the statements are constructed in such a way that the truth of the proposition is guaranteed or that, by defining a dissimilar or synonymous term in terms of another self-referentially, the truth of the proposition or explanation cannot be disputed. Consequently, the statement conveys no useful information regardless of its length or complexity making it unfalsifiable. It is a way of formulating a description such that it masquerades as an explanation when the real reason for the phenomena cannot be independently derived. A rhetorical tautology should not be confused with a tautology in propositional logic, which by the precepts of empiricism is not falsifiable.[1]