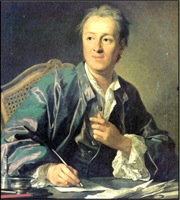 The Age of Enlightenment, or simply The Enlightenment, is a term used to describe a time in Western philosophy and cultural life, centered upon the eighteenth century, in which reason was advocated as the primary source and legitimacy for authority.[1]

Developing more or less simultaneously in Germany, France, Great Britain, The Netherlands, Italy, Spain, and Portugal, and buoyed by the North American colonists' successful rebellion against Great Britain in the American War of Independence, the culmination of the movement spread through much of Europe, including the Polish-Lithuanian Commonwealth, Russia and Scandinavia, along with Latin America and instigating the Haitian Revolution. It has been argued that the signatories of the American Declaration of Independence, the United States Bill of Rights, the French Declaration of the Rights of Man and of the Citizen, and the Polish-Lithuanian Constitution of May 3, 1791, were motivated by "Enlightenment" principles.

Use of the term

The term "Enlightenment" came into use in English during the mid-nineteenth century,[2] with particular reference to French philosophy, as the equivalent of a term then in use by German writers, Zeitalter der Aufklärung (Age of the clarification), signifying generally the philosophical outlook of the eighteenth century. However, the German term Aufklärung was not merely applied retrospectively; it was already the common term by 1784, when Immanuel Kant published the influential essay "Answering the Question: What is Enlightenment?"

The terminology Enlightenment or Age of Enlightenment does not represent a single movement or school of thought, for these philosophies were often mutually contradictory or divergent. The Enlightenment was less a set of ideas than it was a set of values. At its core was a critical [inquiry|questioning]] of traditional institutions, customs, and morals. Thus, there was still a considerable degree of similarities between competing philosophies. Also, some philosophical schools of the period could not be considered part of the Enlightenment at all. Some classifications of this period also include the late seventeenth century, which is typically known as the Age of Reason or Age of Rationalism.[3]

There is no consensus on when to date the start of the age of Enlightenment, and some scholars simply use the beginning of the eighteenth century or the middle of the seventeenth century as a default date.[4] If taken back to the mid-1600s, the Enlightenment would trace its origins to Descartes' Discourse on the Method, published in 1637. Others define the Enlightenment as beginning in Britain's Glorious Revolution of 1688 or with the publication of Isaac Newton's Principia Mathematica. As to its end, some scholars use the French Revolution of 1789 or the beginning of the Napoleonic Wars (1804–15) as a convenient point in time with which to date the end of the Enlightenment.[5]

Historian Peter Gay asserts the Enlightenment broke through "the sacred circle,"[6] whose dogma had circumscribed thinking. The Enlightenment is held to be the source of critical ideas, such as the centrality of freedom, democracy, and reason as primary values of society. This view argues that the establishment of a contractual basis of rights would lead to the market mechanism and capitalism, the scientific method, religious tolerance, and the organization of states into self-governing republics through democratic means. In this view, the tendency of the philosophes in particular to apply rationality to every problem is considered the essential change. No brief summary can do justice to the diversity of enlightened thought in 18th-century Europe. Because it was a value system rather than a set of shared beliefs, there are many contradictory trains to follow. In his famous essay "What is Enlightenment?" (1784), Immanuel Kant described it simply as freedom to use one's own intelligence.[7] More broadly, the Enlightenment period is marked by increasing empiricism, scientific rigor, and reductionism, along with increasing questioning of religious orthodoxy. A variety of 19th-century movements, including liberalism and neo-classicism, traced their intellectual heritage back to the Enlightenment.[1]

We recognize the impossibility of fully translating the language of the concepts of divinity and eternity into the symbols of the language of the finite concepts of the mortal mind. But we know that there dwells within the human mind a fragment of God, and that there sojourns with the human soul the Spirit of Truth; and we further know that these spirit forces conspire to enable material man to grasp the reality of spiritual values and to comprehend the philosophy of universe meanings.[2]