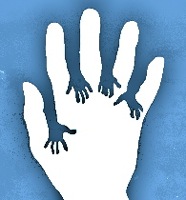 Consensus is defined in English as, firstly, general agreement and, secondly, group solidarity of belief or sentiment. It has its origin in a Latin word meaning literally to feel together.[1]

The formal process of achieving consensus ideally requires serious treatment of the considered opinion of each group member: those advocating the adoption, say, of a particular course of action, genuinely wish to hear those who may be against the proposal, since discussion, it is supposed, can only enhance ultimate consensus. The hope is that in such circumstances action, or the adoption of group opinion, without resolution of dissent will be rare. A consensus rather than a voting process is often employed with this intention, as well as to minimize any possible damage to interpersonal relationships.

For lessons on the topic of Consensus, follow this link.

A close equivalent phrase might be the "collective agreement" of a group, keeping in mind that a high degree of variation is still possible among individuals, and certainly if there must be individual commitment to follow up the decision with action, this variation remains important. There is considerable debate and research into both collective intelligence and consensus decision-making.

Consensus usually involves collaboration, rather than compromise. Instead of one opinion being adopted by a plurality, stakeholders are brought together (often with facilitation) until a convergent decision is developed. If this is done in a purely mechanical way it can result in simple trading—we'll sacrifice this if you'll sacrifice that. Genuine consensus typically requires more focus on developing the relationships among stakeholders, so that they work together to achieve agreements based on willing consent.

The most common and most successful model of consensus is called the prisoner's dilemma. An introduction and discussion of this concept can be found in any contemporary introduction to political science. This approach might be called "algebraic" as opposed to analytic, within mathematics, because it represents an agent by a symbol and then examines the algebraic properties of that symbol. For example, the question, "Can two agents be combined to make a new agent?" sounds like an algebraic question. (More formally, "is the operation of consensus closed in the domain of agents? Is there a larger domain of "abstract agents" in which this operation is closed?")

In a more analytic style, we might naively start by envisioning the distribution of opinions in a population as a Gaussian distribution in one parameter. We would then say that the initial step in a consensus process would be the written or spoken synthesis that represents the range of opinions within perhaps three standard deviations of the mean opinion. Other standards are possible, e.g. two standard deviations, or one, or a unanimity minus a certain tolerable number of dissenters. The following steps then operate both to check understanding of the different opinions (parameter values), and then to find new parameters in the multi-dimensional parameter space of all possible decisions, through which the consensus failure in one-dimensional parameter space can be replaced by a solution in multi-dimensional parameter space.

A criticism of such modeling is that the opinions or agreements are only theoretical, and that the strength or degree of conviction as measured is not closely correlated to the willingness of any given individual to take action. In direct action politics, the consensus is constantly tested by asking those who agree to immediately place their own bodies 'on the line' and in harm's way, to actually demonstrate that they are committed to a consensus. The ecology movement, peace movement, and labor movement have historically required such demonstrations of commitment. Some have disdained any attempt at formal models or methods, but others have prepared extensive documentation on both formal and informal consensus decision-making processes.

Typically, the usefulness of formal models of consensus is confined to cases where follow up action is closely and centrally controlled, e.g. in a military hierarchy or a set of similar computer programs executing on hardware that it completely controls. The idea of consensus itself is probably quite different when considering action by a group of independent human agents, or considering action by those taking orders and committed to executing them all without question, or suffering great harm or exile for any disobedience.

Consensus upon a particular formal model of consensus can lead to groupthink, by making it harder for those who reject that formal model (and using informal or different models) to be heard. This recursion suggests the extreme complexity of reasoning about consensus in a political context. An example is the peace movement's objection to the Theory game theory logic of mutual assured destruction during the Cold War. Peace activists, objecting to military goals and spending found the formal models of the military to be major obstacles. As they had not mastered game theory models they simply were not heard.

As this example suggests, the concept of consensus is a particularly important one in the context of society and government, and forms a cornerstone of the concept of democracy. Democracy, in its most essential form, direct democracy, has been criticized by a significant number of scholars since the time of Plato as well as adherents to strict republican principles, and is sometimes referred to as the "tyranny of the majority", with the implication that one faction of the society is dominating other factions, possibly repressively.

Others, however, argue that if the democracy adheres to principles of consensus, becoming a deliberative democracy, then party or factional dominance can be minimized and decisions will be more representative of the entire society. This too is discussed in depth in the article on consensus decision-making, with many actual examples of the tradeoffs and different tests for consensus used in actual societies and polities.

A major cornerstone of the Westminster System is Cabinet Government. All Cabinet decisions are consensual collective and inclusive, a vote is never taken in a Cabinet meeting. All ministers, whether senior and in the Cabinet, or junior ministers, must support the policy of the government publicly regardless of any private reservations. If a minister does not agree with a decision, he or she may resign from the government; as did several British ministers over the 2003 Invasion of Iraq. This means that in the Westminster system of government the cabinet always collectively decides all decisions and all ministers are responsible for arguing in favour of any decision made by the cabinet.

Business and political analysts have pointed out a number of problems with consensus decision-making. A too-strict requirement of consensus may effectively give a small self-interested minority group veto power over decisions. Decision by consensus may take an extremely long time to occur, and thus may be intolerable for urgent matters, e.g. those of executive decisions. In some cases, consensus decision-making may encourage groupthink, a situation in which people modify their opinions to reflect what they believe others want them to think, leading to a situation of pseudoconsensus in which a group makes a decision that none of the members individually think is wise. It can also lead to a few dominant individuals making all decisions. Finally, consensus decision-making may fail in a situation where there simply is no agreement possible, and interests are irreconcilable.

Within the Internet Engineering Task Force (IETF), the concept of "rough consensus and running code" is the basis for the standardization process. It has proven extremely effective for standardizing protocols for inter-computer communication, particularly during its early years.

"Consensus" may also refer to the Consensus theorems in Boolean algebra. [edit] Examples of non-consensus

Interestingly, the peer review process in most scientific journals does not use a consensus based process. Referees submit their opinions individually and there is not a strong effort to reach a group opinion.