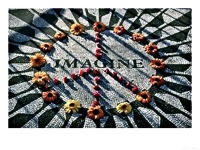 Peace is a state of harmony, the absence of hostility. This term is applied to describe a cessation of violent international conflict; in this international context, peace is the opposite of war. Peace can also describe a relationship between any parties characterized by respect, justice, and goodwill. More generally, peace can pertain to an individual relative to her or his environment, as peaceful can describe calm, serenity, and silence. This latter understanding of peace can also pertain to an individual's sense of himself or herself, as to be "at peace" with one's self would indicate the same serenity, calm, and equilibrium within oneself.

Peace as the absence of violence

The traditional political definition of peace and the very word itself originated among the ancient Romans who defined peace, pax, as absentia belli, the absence of war.

Today, peace is often understood as the absence of war between two or more state-organized armies. Nonetheless, the concept of peace also applies to the state of people within their respective geopolitical entities, as civil war, state-sponsored genocide, terrorism, and other violence are all threats to peace on an intranational level. Since World War II, wars among states have become less common, while violent internal conflicts have become a more central concern. Present day Sudan, for example, is the site of widespread suffering and violence, despite its not being engaged in war with another sovereign state. Peace, in this context, is understood as the absence of violence among groups, whether part of a state apparatus or not.

This conception of peace as a mere absence of overt violence, however, is still challenged by some as incomplete. Influential peace researcher Johan Galtung has described this former conception of peace as "negative peace",<ref>Galtung, Johan. Peace by Peaceful Means: peace and conflict, development and civilization. Oslo: International Peace Research Institute, 1996. suggesting that underlying points of conflict must themselves be resolved in order for true peace to exist.

Peace as the presence of justice

Justice and Peace shall kiss" depicts a biblical scene, referencing Psalm 85. Mahatma Gandhi suggested that if an oppressive society lacks violence, the society is nonetheless not peaceful, because of the injustice of the oppression. Gandhi articulated a vision of peace in which justice is an inherent and necessary aspect; that peace requires not only the absence of violence but also the presence of justice. Galtung described this peace, peace with justice, as "positive peace," because hostility and further violence could no longer flourish in this environment.

During the 1950s and 60s, when Martin Luther King Jr. and the civil rights movement carried out various non-violent activities aimed at ending segregation and racial persecution in America, they understood peace as more than just the absence of violence. They observed that while there was not open combat between blacks and whites, there was an unjust system in place in which the government deprived African Americans of equal rights. While some opponents criticized the activists for "disturbing the peace", Martin Luther King observed that "True peace is not merely the absence of tension: it is the presence of justice."

Galtung coined the term structural violence to refer to such situations, which although not violent on the surface, harbor systematic oppression and injustice.

Orthodox Muslims believe that mankind is born in a state of Islam — peaceful, full of love, and unadulterated; but it is his/her polluted environment (along with the Shaytan and Jinns), which lead mankind astray from the straight path of Islam. This is why Muslims are required to do Dawah to promote what they believe is Islam's peaceful message of social justice to spread peace throughout the Earth through the truth revealed in the Quran and complemented by the Hadith.

One concept or idea that often complements peace studies is development. In much development discourse, it is assumed that economic, cultural, and political development will take "underdeveloped" nations and peoples out of poverty, thus helping bring about a more peaceful world. As such, many international development agencies carry out projects funded by the governments of industrialized countries such as the United States, Japan, and Norway, designed to "modernize" poor countries.<ref> The website of the United States Agency for International Development website states: "Our Work supports long-term and equitable economic growth and advances U.S. foreign policy objectives by supporting: economic growth, agriculture and trade; global health; and democracy, conflict prevention and humanitarian assistance.[1]

Many environmentalists believe that protecting the environment is a form of peacemaking. This perspective posits that to destroy natural habitats, or to disturb long-standing equilibrium among any and all living things, may be perceived as a form of violence. This perception centers its conception of peace on the natural world; this view may regard peace as relative to the world or relative to all living creatures, rather than relative to humanity exclusively.

Following Wolfgang Dietrich, Wolfgang Sützl, and the Innsbruck School of Peace Studies, some "peace thinkers" have abandoned any single and all-encompassing definition of peace. Rather, they promote the idea of [2] many peaces. They argue that since no singular, correct definition of peace can exist, peace should be perceived as a plurality.A Call for Many Peaces, in: Dietrich/Echavarría/Koppensteiner: Key Texts of Peace Studies, Vienna, LIT Verlag, 2006. pages 282-305.[3]

For example, in the Great Lakes region of Africa, the word for peace is kindoki, which refers to a harmonious balance between human beings, the rest of the natural world, and the cosmos. This vision is a much broader view of peace than a mere "absence of war" or even a "presence of justice" standard. Ibid.

These thinkers also critique the idea of peace as a hopeful or eventual end. They recognize that peace does not necessarily have to be something humans might achieve "some day." They contend that peace exists in the present, we can create and expand it in small ways in our everyday lives, and peace changes constantly. This view makes peace permeable and imperfect rather than static and utopian. Ibid.

Such a view is influenced by postmodernism.

In its most apocalyptic sense, peace denotes a state of complete and final harmony, an end to conflict not only within the human race but between humanity and the natural world. This vision anticipates peace in the future, during one's lifetime or in an afterlife, often as initiated by God or some higher power(s), or even as achievable by human effort exclusively. Common to these conceptions of peace is that peace is an end, a goal that, once realized, will be universally comprehended and exalted.

Some people believe peace can help them avoid self-consciousness, such as hippies of the 1960s. An affirmative definition for the concept of peace is, as worded by Sevi Regis: "the state or condition of restfulness, harmony, balance, equilibrium, longevity, justice, resolution, timelessness, contentment, freedom, and fulfillment, either individually or simultaneously present, in such a way that it overcomes, demolishes, banishes, and/or replaces everything that opposes it."

Peace can also mean a state of quiet or tranquility — an absence of disturbance or agitation. Many people find the natural world to be peaceful in this way.

There is a wide spectrum of views about whether, or when, violence and war are necessary or justifiable. Mahatma Gandhi's conception of peace was not as an end, but as a means: "There is no way to peace; peace is the way." By envisioning peace as a process, and as self-fulfilling, Gandhi's moral philosophy circumvents some of the traditional hypocracies of historical nonviolent moral doctrine. Judeo-Christian tradition, for instance, which bluntly declares "Thou shalt not kill", has nonetheless found itself amenable to compromise over the centuries.

An extreme form of nonviolence is that of Jainism, which goes to great lengths to avoid harming any living creatures, including insects. Pacifists, such as Christian anarchists, perceive any incarnation of violence as self-perpetuating. Other groups take a wide variety of stances, many maintaining a Just War theory.

Allied propaganda billed the Great War in Europe as the "war to end all wars." Although the Allies won the war, the resulting "peace" Treaty of Versailles only set the stage for the even bloodier World War II. Before the Allied victory, the Bolsheviks promised the Russian people "peace, land, and bread." Although Vladimir Lenin ended the disastrous war against the Central Powers, the ensuing civil war resulted in a loss of over a million people. These failures illustrate the problems of using war in an effort to attain peace.

Proponents of the democratic peace theory argue that strong empirical evidence exists that democracies never or rarely make war against each other. An increasing number of nations have become democratic since the industrial revolution, and thus, they claim world peace may become possible if this trend continues. However, critics have disputed this, for example arguing that this could be explained by a number of other factors related to the wealth, power, and stability of nations that tend to become democracies, ranging from increased reliance on global trade to Mutually Assured Destruction.

Although history is rife with conflict, some peoples, regions and nations have enjoyed periods of peace that have lasted generations. The following are some examples:

War and violence seem to be organic, and perhaps inevitable, features of human society, although generosity and altruism are perhaps predominant. In this vein, a desire for peace can be seen as a product of the evolution of human interrelations; clearly, peace is the self-sustaining choice for humankind.

Nonetheless, peace and justice may be viewed as contradictions in practical terms. If one believes that the only way to prevent injustice and create justice is by force, then one believes that justice requires hostilities, which precludes peace. Similarly, the clash of political interests has often been identified as a justification of war. The desire for power and advantage puts groups in opposition. This opposition naturally escalates as one side, and then the other, tries to gain advantages, sometimes culminating in violence and war. This effect is also seen in religious and ethnic groups. These groups see themselves as being oppressed and violence and war have often been rationalized as justified in defense of a culture or religion.

The International Creed for Peace, created by Chika Sylva-Olejeme and the International Peace Institute, sets forth an agenda and moral code for the advancement of peace for all humans and nations. The creed suggests that based on realisation that independence, freedom and justice is inherent to all, peace is achieved when people fulfill their duty to choose, live and respect others.

The Nobel Peace Prize is awarded annually to notable peacemakers and visionaries who have overcome violence, conflict or oppression through their moral leadership, those who have "done the most or the best work for fraternity between the nations". The prize has often met with controversy, as it is occasionally awarded to people who have formerly sponsored war and violence but who have, through exceptional concessions, helped achieve peace.

Almost everything of lasting value in civilization has its roots in the family. The family was the first successful peace group, the man and woman learning how to adjust their antagonisms while at the same time teaching the pursuits of peace to their children.[5]

Woman's social position has generally varied inversely with the degree of militarism in any nation or age.[6]