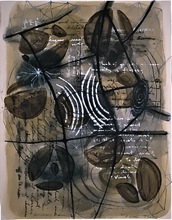 Arbitrariness is a term given to choices and actions subject to individual will, judgment or preference, based solely upon an individual's opinion or discretion. [1] [2]

Arbitrary decisions are not necessarily the same as random decisions. For example, during the 1973 oil crisis, Americans were only allowed to purchase gasoline on odd-numbered days if their license plate was odd, and on even-numbered days if their license plate was even. The system was well-defined and not random in its restrictions; however, since license plate numbers are completely unrelated to a person's fitness to purchase gasoline, it was still an arbitrary division of people. Similarly, schoolchildren are often organized by their surname in alphabetical order, a non-random yet still arbitrary method, at least in cases where surnames are irrelevant.

Arbitrary comes from the Latin arbitrarius, the source of arbiter; someone who is tasked to judge some matter.[3] An arbitrary legal judgment is a decision made at the discretion of the judge, not one that is fixed by law.[4] In some countries, a prohibition of arbitrariness is enshrined into the constitution. Article 9 of the Swiss Federal Constitution theoretically overrides even democratic decisions in prohibiting arbitrary government action. The US Supreme Court has overturned laws for having "no rational basis."

Arbitrariness is also related to ethics, the philosophy of decision-making. Even if a person has a goal, they may choose to attempt to achieve it in ways that may be considered arbitrary. Rationalism holds that knowledge comes about through intellectual calculation and deduction; many rationalists (though not all) apply this to ethics as well. All decisions should be made through reason and logic, not via whim or how one "feels" what is right. Randomness may occasionally be acceptable as part of a subtask in furtherance of a larger goal, but not in general. Although, randomness can be a good way to make regulations that are assured not to segregate people. If people are lined up by their surnames, the people's positions' will not be affected by their race, age or sexual orientation.

In mathematics, arbitrary normally means "any;" for instance, an arbitrary division of a set or an arbitrary permutation of a sequence. Its use implies generality and that a statement does not only apply to special cases - "you may select any choice possible, and this statement will still hold." A simple example would be "Given an arbitrary integer, multiplying it by two will result in an even number." Even further, the implication is that generality will hold even if you have an opponent choose the item in question. In some ways arbitrary is here synonymous with worst-case.