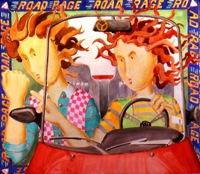 A belligerent is an individual, group, country or other entity which acts in a hostile manner, such as engaging in combat. Belligerent comes from Latin, literally meaning "to wage war". Unlike the colloquial use of belligerent to mean aggressive, its formal use does not necessarily imply that the belligerent country is an aggressor. Also, can mean irrational.

An interesting use of the term arose during the American Civil War, when the Confederate States of America, though not recognized as a sovereign state, was recognized as a belligerent power, and thus Confederate warships were given the same rights as United States warships in foreign ports.