From Nordan Symposia
(Redirected from Sovereign)
Jump to navigationJump to search 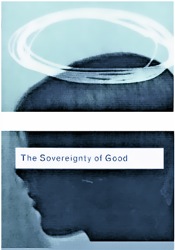 a state of love?

Sovereignty is the exclusive right to exercise supreme political (e.g. legislative, judicial, and/or executive) authority over a geographic region, group of people, or oneself. A sovereign is the supreme lawmaking authority, subject to no other, and most often the head of state. Thus the legal maxim, "there is no law without a sovereign."

The source or justification of sovereignty ("by God" or "by people") must be distinguished from its exercise by branches of government. In democratic states, sovereignty is held by the people. This is known as popular sovereignty; it may be exercised directly, as in a popular assembly, or, more commonly, indirectly through the election of representatives to government. This is known as a representative democracy, a system of government currently used in most western nations and former colonies. Popular sovereignty also exists in other forms, such as in constitutional monarchies, usually identical in political reality as in the Commonwealth Realms. Systems of representative democracy can also be mixed with other methods of government, for instance the use of referenda in many countries .

For lessons on the topic of Sovereignty, follow this link.

In this model, national sovereignty is of an eternal origin, such as nature, or a god, legitimating the divine right of kings in absolute monarchies or a theocracy.

A more formal distinction is whether the law is held to be sovereign, which constitutes a true state of law: the letter of the law (if constitutionally correct) is applicable and enforceable, even when against the political will of the nation, as long as not formally changed following the constitutional procedure. Strictly speaking, any deviation from this principle constitutes a revolution or a coup d'état, regardless of the intentions.

In constitutional and international law, the concept of sovereignty also pertains to a government possessing full control over its own affairs within a territorial or geographical area or limit, and in certain context to various organs (such as courts of law) possessing legal jurisdiction in their own chief, rather than by mandate or under supervision. Determining whether a specific entity is sovereign is not an exact science, but often a matter of diplomatic dispute.

History of the concept of sovereignty

Basileus is the Greek concept for "Sovereign", which designs who has the auctoritas, which is to be distinguished from simple imperium, retained by archons (or "magistrates").

Jean Bodin (1530-1596) is considered to be the modern initiator of the concept of sovereignty, with his 1576 treatise Six Books on the Republic which described the sovereign as a ruler beyond human law and subject only to the divine or natural law. He thus predefined the scope of the divine right of kings, stating "Sovereignty is a Republic's absolute and perpetual power". Sovereignty is absolute, thus indivisible, but not without any limits: it exercises itself only in the public sphere, not in the private sphere. It is perpetual, because it does not expire with its holder (as auctoritas does). In other words, sovereignty is no one's property: by essence, it is inalienable.

These characteristics would decisively shape the concept of sovereignty, which we can find again in the social contract theories, for example, in Rousseau's (1712-1778) definition of popular sovereignty, which only differs in that he considers the people to be the legitimate sovereign. Likewise, it is inalienable - Rousseau condemned the distinction between the origin and the exercise of sovereignty, a distinction upon which constitutional monarchy or representative democracy are founded. Machiavelli, Hobbes, Locke and Montesquieu are also key figures in the unfolding of the concept of sovereignty.

Carl Schmitt (1888-1985) defined sovereignty as "the power to decide the state of exception", in an attempt, argues Giorgio Agamben, to counter Walter Benjamin's theory of violence as radically disjoint from law. Georges Bataille's heterodox conception of sovereignty, which may be said to be an "anti-sovereignty", also inspired many thinkers, such as Jacques Derrida, Agamben or Jean-Luc Nancy.

There exist vastly differing views on the moral bases of sovereignty. These views translate into various bases for legal systems:

The key element of sovereignty in the legalistic sense is that of exclusivity of jurisdiction.

Specifically, when a decision is made by a sovereign entity, it cannot generally be overruled by a higher authority. Further, it is generally held that another legal element of sovereignty requires not only the legal right to exercise power, but the actual exercise of such power. ("No de jure sovereignty without de facto sovereignty.") In other words, neither claiming/being proclaimed Sovereign, nor merely exercising the power of a Sovereign is sufficient; sovereignty requires both elements.

Following the Thirty Years' War, a European religious conflict that embroiled much of the continent, the Peace of Westphalia in 1648 established the notion of territorial sovereignty as a doctrine of noninterference in the affairs of other nations. The 1789 French Revolution shifted the possession of sovereignty from the sovereign ruler to the nation and its people.

The autonomous province of Kosovo in Serbia provides a somewhat similar example, where the government of Serbia remains the de jure sovereign power but the United Nations has exercised de facto control since 1999. The province is still recognized as part of Serbia, though the Serbian government has no practical authority on the ground.

Sovereignty may be recognized even when the sovereign body possesses no territory or its territory is under partial or total occupation by another power. The Holy See was in this position between the annexation in 1870 of the Papal States by Italy and the signing of the Lateran Treaties in 1929, when it was recognised as sovereign by many (mostly Roman Catholic) states despite possessing no territory – a situation resolved when the Lateran Treaties granted the Holy See sovereignty over the Vatican City. The Sovereign Military Order of Malta is likewise a non-territorial body that claims to be a sovereign entity, though it is not universally recognized as such.

Similarly, the governments-in-exile of many European states (for instance, Norway and the Netherlands) during the Second World War were regarded as sovereign despite their territories being under foreign occupation; their governance resumed as soon as the occupation had ended. The government of Kuwait was in a similar situation vis-á-vis the Iraqi occupation of its country during 1990-1991.

In federal systems of government, such as that of the United States, sovereignty also refers to powers which a state government possesses independently of the federal government; this is called "clipped sovereignty."

The question whether the individual states, particularly the so-called 'Confederate States' of the American Union remained sovereign became a matter of debate in the USA, especially in its first century of existence:

Likewise, according to the theory put forth by James Madison in the Federalist Papers "each State, in ratifying the Constitution, was to be considered as a sovereign body, independent of all others, and only to be bound by its own voluntary act. In this relation, then, the new Constitution [was to be] a federal, and not a national constitution." In the end, Madison likewise compromised with the Anti-federalists to modify the Constitution to protect state sovereignty: At the 1787 constitutional convention a proposal was made to allow the federal government to suppress a seceding state. James Madison rejected it saying, "A Union of the States containing such an ingredient seemed to provide for its own destruction. The use of force against a State would look more like a declaration of war than an infliction of punishment and would probably be considered by the party attacked as a dissolution of all previous compacts by which it might be bound."

In his Report on the Virginia Resolutions, James Madison wrote that "The states, then, being the parties to the constitutional compact, and in their sovereign capacity, it follows of necessity that there can be no tribunal, above their authority, to decide, in the last resort, whether the compact made by them be violated; and consequently, that, as the parties to it, they must themselves decide, in the last resort, such questions as may be of sufficient magnitude to require their interposition.” Madison even made a dire prediction of what would happen if this was denied, stating that “If the deliberate exercise of dangerous powers, palpably withheld by the Constitution, could not justify the parties to it in interposing even so far as to arrest the progress of the evil, and thereby to preserve the Constitution itself, as well as to provide for the safety of the parties to it, there would be an end to all relief from usurped power, and a direct subversion of the rights specified or recognized under all the state constitutions, as well as a plain denial of the fundamental principle on which our independence itself was declared."

During the first half-century after the Constitution was ratified, the right of secession was asserted on several occasions, and various states considered secession (including, for example, the New England states during the War of 1812; in response, not a single state objected on the grounds that such was unlawful. It was not until later, c. 1830, that Andrew Jackson, Joseph Story, Daniel Webster and others began to publish the arbitrary theory that secession was illegal, and that the United States was a supremely sovereign nation over the various member-states. These writers inspired Lincoln's later declaration that "no state may lawfully get out of the Union by its own mere motion", based on the premise that "the Union is older than the Constitution or the even states," conflating all prior unions with the constitutional union; however in reality the states, in forming the Union of which he spoke, had each seceded from the prior Confederated union of 1781, to form that constitutional union between nine of the states on June 21, 1788; however four states refused until various conditions were met--- including the addition of the Bill of Rights--, and so both unions continued to exist in perpetuity after that, until the final states of North Carolina and Rhode Island likewise joined the Constitutional union over a year afterward-- thus ending the original confederated union.

Sovereign as a title

In some cases, the title sovereign is not just a generic term, but an actual (part of the) formal style of a Head of state.