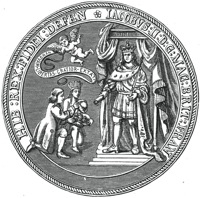 A dominion, often Dominion, refers to one of a group of autonomous polities that were nominally under British sovereignty, constituting the British Empire and British Commonwealth, beginning in the latter part of the 19th century. They have included (at varying times) Canada, Australia, New Zealand, Newfoundland, the Union of South Africa, and the Irish Free State. Following 1948, the term "Dominion" has been used to denote those independent nations of the British Commonwealth that shared with the United Kingdom the same person as their respective monarch. These have included (at varying times) Pakistan, Ceylon (Sri Lanka), Kenya, Jamaica, Australia, New Zealand, and Canada, and others. Many of the former British colonies that were granted independence in the decades following World War II were called "Dominions" in their constitutions of independence. In many cases, these countries soon became republics, thus ending their status as Dominions (for example, India, Pakistan, Kenya, South Africa, and Nigeria).

In English common law the Dominions of the British Crown referred to all the realms and territories under the sovereignty of the Crown. For example, the Order-in-Council that annexed the island of Cyprus in 1914 provided that:

Use of the word Dominion, to refer to a particular territory, dates back to the 16th century, and was used to describe Wales from 1535 to around 1800. Dominion, as an official title, was first conferred on Virginia, circa 1660 and the Dominion of New England in 1686. These dominions never had semi-autonomous or self-governing status. On the other hand, under the British North America Act of 1867, eastern Canada received the status of "Dominion" upon the Confederation in 1867 of several British possessions in North America.

The Colonial Conference of 1907 was the first time that the self-governing colonies of Canada and the Commonwealth of Australia were referred to collectively as Dominions. Two other self-governing colonies, New Zealand and Newfoundland, were also granted the status of Dominions that year. These were followed by the Union of South Africa (1910) and the Irish Free State (1922). At the time of the founding of the League of Nations, the League Covenant made specific provisions for the admission of any "fully self-governing state, Dominion, or Colony," the inference being that "Dominion status was something between that of a "Colony" and a "State"."

Dominion status was officially defined in the Balfour Declaration (1926) and in the Statute of Westminster (1931), which recognised these territories as "autonomous Communities within the British Empire," establishing these states as equals to the United Kingdom, making them essentially independent members of what was then called the British Commonwealth. Following the Second World War, the decline of British colonialism led to Dominions generally being referred to as Commonwealth realms, the use of the word gradually diminished within these countries after this time. Nonetheless, though disused, it remains Canada's legal title; moreover, the phrase Her Majesty's Dominions is still used occasionally in current-day legal documents in the United Kingdom.[1]