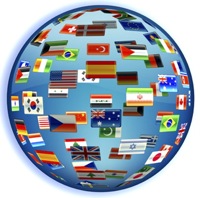 World Government is the notion of a single common political authority for all of humanity. Its modern conception is rooted in European history, particularly in the philosophy of ancient Greece, in the political formation of the Roman Empire, and in the subsequent struggle between secular authority, represented by the Holy Roman Emperor, and ecclesiastical authority, represented by the Pope. The seminal work on the subject was written by Dante Alighieri, titled in Latin, De Monarchia, which in English translates literally as "On Monarchy". Dante's work was published in 1329, but the date of its authorship is disputed.

For lessons on the topic of World Government, follow this link.

De jure belli ac pacis (On the Law of War and Peace) is a 1625 book in Latin, written by Hugo Grotius and published in Paris, on the legal status of war. It is now regarded as a foundational work in international law.

The "Preliminary Articles" described the steps that should be taken immediately, or with all deliberate speed:

Three Definitive Articles would provide not merely a cessation of hostilities, but a foundation on which to build a peace.

In 1811, German philosopher Karl Krause, suggested, in an essay titled "The Archetype of Humanity", the formation of five regional federations: Europe, Asia, Africa, America and Australia, aggregated under a world republic. In 1842, the English poet Lord Alfred Tennyson, published the oft-quoted lines "Locksley Hall": For I dipt into the future, far as human eye could see / Saw a Vision of the world, and all the wonder that would be /... / Till the war-drum throbb'd no longer / and the battle-flags were furled / In the Parliament of man, the Federation of the world. / There the common sense of most shall hold / a fretful realm in awe / And the kindly earth shall slumber / lapt in universal law.

The League of Nations (LoN) was an inter-governmental organization founded as a result of the Treaty of Versailles in 1919–1920. At its greatest extent from 28 September 1934 to 23 February 1935, it had 58 members. The League's goals included upholding the new found Rights of Man such as right of non whites, rights of women, rights of soldiers, disarmament, preventing war through collective security, settling disputes between countries through negotiation, diplomacy and improving global quality of life. The diplomatic philosophy behind the League represented a fundamental shift in thought from the preceding hundred years. The League lacked its own armed force and so depended on the Great Powers to enforce its resolutions, keep to economic sanctions which the League ordered, or provide an army, when needed, for the League to use. However, they were often reluctant to do so.

World War II, 1939–1945, resulted in an unprecedented scale of destruction of lives (over 60 million dead, most of them civilians), and the use of Weapons of Mass Destruction. Some of the acts committed against civilians during the war were on such a massive scale of savagery, they came to be widely considered as crimes against humanity itself. As the war's conclusion drew near, many shocked voices called for the establishment of institutions able to permanently prevent deadly international conflicts. This led to the founding of the United Nations in 1945, which adopted the Universal Declaration of Human Rights in 1948. Many, however, felt that the UN, essentially a forum for discussion and coordination between sovereign governments, was insufficiently empowered for the task. A number of prominent persons, such as Albert Einstein, Winston Churchill, Bertrand Russell and Mahatma Gandhi, called on governments to proceed further by taking gradual steps towards forming an effectual federal world government.

The years between the conclusion of World War II and 1950, when the Korean War started and the Cold War mindset became dominant in international politics, were the "golden age" of the world federalist movement. Wendell Wilkie's book "One World", first published in 1943, sold over 2 million copies. In another, Emery Reves' book "The Anatomy of Peace"(1945) laid out the arguments for replacing the UN with a federal world government and quickly became the "bible" of world federalists. The grassroots world federalist movement in the US, led by people such as Grenville Clark, Norman Cousins, Alan Cranston and Robert Hutchins, organized itself into increasingly larger structures, finally forming, in 1947, the United World Federalists (later renamed to World Federalist Association, then Citizens for Global Solutions), claiming membership of 47,000 in 1949.

Similar movements concurrently formed in many other countries, leading to the formation, at a 1947 meeting in Montreux, Switzerland, of a global coalition, now called World Federalist Movement. By 1950, the movement claimed 56 member groups in 22 countries, with some 156,000 members.[1]

Peace will not come to Urantia until every so-called sovereign nation surrenders its power to make war into the hands of a representative government of all mankind. Political sovereignty is innate with the peoples of the world. When all the peoples of Urantia create a world government, they have the right and the power to make such a government SOVEREIGN; and when such a representative or democratic world power controls the world's [[Military}land]], air, and naval forces, peace on earth and good will among men can prevail—but not until then.

To use an important illustration: The states of the American Federal Union have long enjoyed peace. They have no more wars among themselves. They have surrendered their sovereignty to the federal government, and through the arbitrament of war, they have abandoned all claims to the delusions of self-determination. While each state regulates its internal affairs, it is not concerned with foreign relations, tariffs, immigration, military affairs, or interstate commerce. Neither do the individual states concern themselves with matters of citizenship. These states suffer the ravages of war only when the federal government's sovereignty is in some way jeopardized.

These states, having abandoned the twin sophistries of sovereignty and self-determination, enjoy interstate peace and tranquillity. So will the nations of Urantia begin to enjoy peace when they freely surrender their respective sovereignties into the hands of a global government—the sovereignty of the brotherhood of men. In this world state the small nations will be as powerful as the great, even as the small state of Rhode Island has its two senators in the American Congress just the same as the populous state of (state) New York or the large state of Texas.[2]