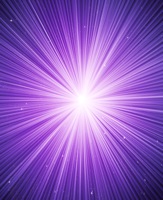 The word charisma (Greek "kharisma," meaning "gift," "of/from/favored by God/the divine") refers to a trait found in persons whose personalities are characterized by a personal charm and magnetism (attractiveness), along with innate and powerfully sophisticated abilities of interpersonal communication and persuasion. One who is charismatic is said to be capable of using their personal being, rather than just speech or logic alone, to interface with other human beings in a personal and direct manner, and effectively communicate an argument or concept to them.

The term charisma, derived from Ancient Greek, was introduced in scholarly usage by German sociologist Max Weber. [1] He defined charismatic authority to be one of three forms of authority, the other two being traditional (feudal) authority and legal or rational authority. According to Weber, charisma is defined thus:

...a certain quality of an individual personality, by virtue of which one is "set apart" from ordinary people and treated as endowed with supernatural, superhuman, or at least specifically exceptional powers or qualities. These as such are not accessible to the ordinary person, but are regarded as divine in origin or as exemplary, and on the basis of them the individual concerned is treated as a leader.[1]

Pierre Bourdieu did not have a very different position from that of Weber's, but he stressed that a leader has charisma only if other people accept that one has it. Bourdieu argued that charisma usually depends on an "inaugural act" such as a decisive battle or moving speech after which the charismatic person will be regarded as such].

The study, recognition, and development of charisma in individuals is of particular interest to sociologists/psychologists, popular (usually national) politicians, public speakers, actors, movie-stars/movie-producers, casting directors, pop-music stars, trainers/coaches targeting the upper-echelons of the business community (CEOs), and academics or others involved in leadership studies or leadership development, among others. [2]

The dark side of charisma

In some cases highly-extroverted and brutally controlling charismatic leaders have used their personal charisma in extremely destructive and damaging ways throughout human history, for example, Adolf Hitler and Jim Jones. Yugoslav communist leader Josip Broz Tito was said to be a "Charismarch" - "ruler staying in power by charisma".