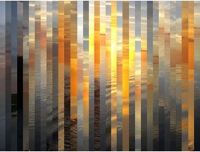 Some figures like Tom Atlee prefer to focus on collective intelligence primarily in humans and actively work to upgrade what Howard Bloom calls “the group IQ". Atlee feels that collective intelligence can be encouraged "to overcome 'groupthink' and individual cognitive bias in order to allow a collective to cooperate on one process—while achieving enhanced intellectual performance.”

For lessons on the topic of Collective Intelligence, follow this link.

One CI pioneer, George Pór, defined the collective intelligence [phenomenon] as "the capacity of human communities to evolve towards higher order complexity and harmony, through such innovation mechanisms as differentiation and integration, competition and collaboration."[2] Tom Atlee and George Pór state that "collective intelligence also involves achieving a single focus of attention and standard of metrics which provide an appropriate threshold of action". Their approach is rooted in Scientific Community Metaphor.

Levy and de Kerckhove consider CI from a mass communications perspective, focusing on the ability of networked ICT’s to enhance the community knowledge pool. They suggest that these communications tools enable humans to interact and to share and collaborate with both ease and speed (Flew 2008). With the development of the Internet and its widespread use, the opportunity to contribute to community-based knowledge forums is greater than ever before. These computer networks give participating users the opportunity to store and to retrieve knowledge through the collective access to these databases and allow them to “harness the hive” (Raymond 1998; Herz 2005 in Flew 2008). Researchers[3] at the MIT Center for Collective Intelligence research and explore collective intelligence of groups of people and computers.

Howard Bloom traces the evolution of collective intelligence from the days of our bacterial ancestors 3.5 billion years ago to the present and demonstrates how a multi-species intelligence has worked since the beginning of life.[4]

Tom Atlee and George Pór, on the other hand, feel that while group theory and artificial intelligence have something to offer, the field of collective intelligence should be seen by some as primarily a human enterprise in which mind-sets, a willingness to share, and an openness to the value of distributed intelligence for the common good are paramount. Individuals who respect collective intelligence, say Atlee and Pór, are confident of their own abilities and recognize that the whole is indeed greater than the sum of any individual parts.[citation needed]

From Pór and Atlee's point of view, maximizing collective intelligence relies on the ability of an organization to accept and develop "The Golden Suggestion", which is any potentially useful input from any member. Groupthink often hampers collective intelligence by limiting input to a select few individuals or filtering potential Golden Suggestions without fully developing them to implementation.

Knowledge focusing through various voting methods has the potential for many unique perspectives to converge through the assumption that uninformed voting is to some degree random and can be filtered from the decision process leaving only a residue of informed consensus. Critics point out that often bad ideas, misunderstandings, and misconceptions are widely held, and that structuring of the decision process must favor experts who are presumably less prone to random or misinformed voting in a given context.

While these are the views of experts like Atlee and Pór, other founding fathers of collective intelligence see the field differently. Francis Heylighen, Valerie Turchin, and Gottfried Mayer-Kress view collective intelligence through the lens of computer science and cybernetics. Howard Bloom stresses the biological adaptations that have turned most of this earth's living beings into components of what he calls "a learning machine". And Peter Russell, Elisabet Sahtouris, and Barbara Marx Hubbard (originator of the term "conscious evolution") are inspired by the visions of a noosphere — a transcendent, rapidly evolving collective intelligence — an informational cortex of the planet.

Perhaps we may draw parallels between this informational cortex and the Internet. Defined by the Internet Society in 1995 as ‘... the global information system that... provides, uses or makes accessible, either publicly or privately, high level services layered on... communications and related infrastructure...’ (Leiner et al. 2003) we can see how the Internet lends itself to becoming this ‘cortex’. Developing as far back as the late 1950’s, it wasn’t until 1991 that WWW (World Wide Web) was released. In 2005, there were as many as 1,018, 057, 389 Internet users worldwide (CIA 2008). So many users accessing the Internet can only mean one thing — a meeting of minds and collaboration of knowledge. The Internet is an information and communication tool, whether it be checking on the stock market or a celebrity gossip site, humans are primarily interested in the sharing of information, and the Internet serves this purpose.

According to Don Tapscott and Anthony D. Williams, collective intelligence is mass collaboration. In order for this concept to happen, four principles need to exist. These are openness, peering, sharing and acting globally.

During the early ages of the communications technology, people and companies are reluctant to share ideas, intellectual property and encourage self-motivation. The reason for this is these resources provide the edge over competitors. Now people and companies tend to loosen hold over these resources because they reap more benefits in doing so. By allowing others to share ideas and bid for franchising, their products are able to gain significant improvement and scrutiny through collaboration.

This is a form of horizontal organization with the capacity to create information technology and physical products. One example is the ‘opening up’ of the Linux program where users are free to modify and develop it provided that they made it available for others. Participants in this form of collective intelligence have different motivations for contributing, but the results achieved are for the improvement of a product or service. As quoted, “Peering succeeds because it leverages self-organization – a style of production that works more effectively than hierarchical management for certain tasks.”

This principle has been the subject of debate for many, with the question being “Should there be no laws against distribution of intellectual property?” Research has shown that more and more companies have started to share some, while maintaining some degree of control over others, like potential and critical patent rights. This is because companies have realized that by limiting all their intellectual property, they are shutting out all possible opportunities. Sharing some has allowed them to expand their market and bring products out more quickly.

The emergence of communication technology has prompted the rise of global companies, or e-Commerce. E-Commerce has allowed individuals to set up businesses at almost no or low overhead costs. As the influence of the Internet is widespread, a globally integrated company would have no geographical boundaries. They would also have global connections, allowing them to gain access to new markets, ideas and technology. Therefore it is important for firms to stay globally competitive and updated or they will face a declining rate of clientele.[5]

An early precursor of the concept of collective intelligence was entomologist William Morton Wheeler's observation that seemingly independent individuals can cooperate so closely as to become indistinguishable from a single organism. In 1911 Wheeler saw this collaborative process at work in ants, who acted like the cells of a single beast with a collective mind. He called the larger creature that the colony seemed to form a "superorganism".

In 1912, Émile Durkheim identified society as the sole source of human logical thought. He argues in The Elementary Forms of Religious Life that society constitutes a higher intelligence because it transcends the individual over space and time.[6]

Collective intelligence, which has antecedents in Vladimir Vernadsky's concept of "noosphere" as well as H.G. Wells's concept of "world brain," has more recently been examined in depth by Pierre Lévy in a book by the same name, by Howard Bloom in Global Brain (see also the term global brain), by Howard Rheingold in Smart Mobs, and by Robert David Steele Vivas in The New Craft of Intelligence. The latter introduces the concept of all citizens as "intelligence minutemen," drawing only on legal and ethical sources of information, as able to create a "public intelligence" that keeps public officials and corporate managers honest, turning the concept of "national intelligence" on its head (previously concerned about spies and secrecy).

In 1986, Howard Bloom combined the concepts of apoptosis, parallel distributed processing, group selection, and the superorganism to produce a theory of how a collective intelligence works.[7] Later, he went further and showed how collective intelligences like those of competing bacterial colonies and of competing human societies can be explained in terms of computer-generated "complex adaptive systems" and the "genetic algorithms", concepts pioneered by John Holland.[4]

The developer of the World Wide Web, Tim Berners-Lee, has made it with the goal to promote sharing and publishing of information globally. Later, his employer opened up the WWW technology for free use. In the early ‘90s, the Internet’s potential was still untapped, until the mid ‘90s where ‘critical mass’, as termed by the head of the Advanced Research Project Agency (ARPA), Dr. J.C.R. Licklider demanded for more accessibility and utility of the Internet.[8] Hence, it can be said that the driving force behind collective intelligence is the digitization of information and communication. This is because existence of hyperlink has made it easier to search and create websites and pages. Knowledge can be built in just a matter of minutes.

David Skrbina[9] cites the concept of a ‘group mind’ as being derived from Plato’s concept of panpsychism (that mind or consciousness is omnipresent and exists in all matter). He follows the development of the concept of a ‘group mind’ as articulated by Hobbes in relation to his Leviathan which functioned as a coherent entity and Fechner’s arguments for a collective consciousness of mankind. He cites Durkheim as the most notable advocate of a ‘collective consciousness” and Teilhard de Chardin as the thinker who has developed the philosophical implications of the group mind more than any other.

Collective intelligence is an amplification of the precepts of the United States' Founding Fathers, as represented by Thomas Jefferson in his statement, "A Nation's best defense is an educated citizenry." During the industrial era, schools and corporations took a turn toward separating elites from the people they expected to follow them. Both government and private sector organizations glorified bureaucracy and, with bureaucracy, secrecy and compartmentalized knowledge. In the past twenty years, a body of knowledge has emerged which demonstrates that secrecy is actually pathological, and enables selfish decisions against the public interest. Collective intelligence restores the power of the people over their society, and neutralizes the power of vested interests that manipulate information to concentrate wealth.