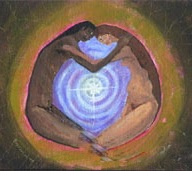 b : beginning <joy had the like conception in our eyes — Shakespeare>

b : a general idea : concept
c : a complex product of abstract or reflective thinking
d : the sum of a person's ideas and beliefs concerning something

Fertilisation (also known as conception, fecundation and syngamy), is the fusion of gametes to produce a new organism. In animals, the process involves a sperm fusing with an ovum, which eventually leads to the development of an embryo. Depending on the animal species, the process can occur within the body of the female in internal fertilisation, or outside in the case of external fertilisation. The entire process of development of new individuals is called procreation, the act of species reproduction.