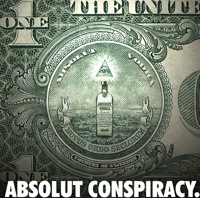 Middle English, from Anglo-French conspirer, from Latin conspirare to be in harmony, conspire, from com- + spirare to breathe

A civil conspiracy or collusion is an agreement between two or more parties to deprive a third party of legal rights or deceive a third party to obtain an illegal objective. A conspiracy may also refer to a group of people who make an agreement to form a partnership in which each member becomes the agent or partner of every other member and engage in planning or agreeing to commit some act. It is not necessary that the conspirators be involved in all stages of planning or be aware of all details. Any voluntary agreement and some overt act by one conspirator in furthance of the plan are the main elements necessary to prove a conspiracy. A conspiracy may exist whether legal means are used to accomplish illegal results, or illegal means used to accomplish something legal. "Even when no crime is involved, a civil action for conspiracy may be brought by the persons who were damaged."

In the law of tort, the legal elements necessary to establish a civil conspiracy are substantially the same as for establishing a criminal conspiracy, i.e. there is an agreement between two or more natural persons to break the law at some time in the future or to achieve a lawful aim by unlawful means. The criminal law often requires one of the conspirators to take an overt step to accomplish the illegal act to demonstrate the reality of their intention to break the law, whereas in a civil conspiracy, an overt act towards accomplishing the wrongful goal may not be required. Etymologically, the term comes from Latin con- "with, together", and spirare "to breathe".[1]

There truly exists within you a conspiracy of spiritual forces, a confederation of divine powers, whose exclusive purpose is to effect your final deliverance from material bondage and finite handicaps. (34:6.9)